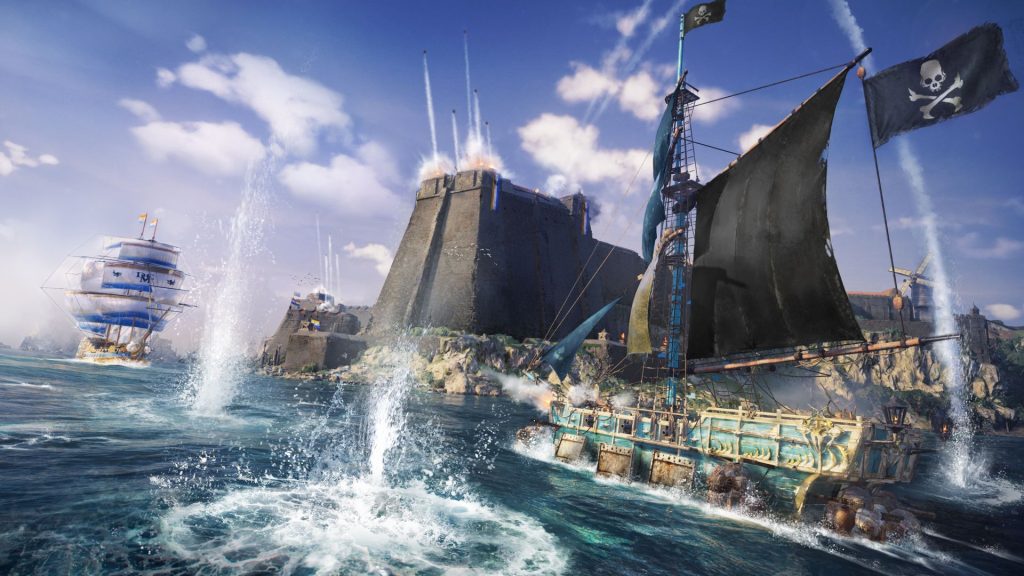 A lot of information dropped during the worldwide gameplay reveal for Ubisoft Singapore’s Skull and Bones. It’s out on November 8th, costing $70 on consoles and $60 on PC, and will have free post-launch content. A separate gameplay video with senior game director Ryan Barnard has also been released. It showcases more of the ship combat, progression and ship customization. Check it out below.

Though it launches with 12 playable ships, players begin with the Dhow, the smallest. Classified as a hunter-gatherer ship, it teaches you how to acquire resources and hunt wildlife. Eventually, you’ll begin to craft better ships along with new weapons and armor. Of course, even with a Dhow, battling other players in PvP servers is very much possible, even if it boils down to “little spear fights.”

Upgrading ships is pretty quick and, you’ll eventually come across different types which serve their unique purposes. “We want the ships to have things that they’re best at, we call them, kind of, tools for the players. So it’s not necessarily about upgrading to a certain ship, and then that’s all you use for the rest of the game.

“No, I’m sure players will get an affinity for these certain types of playstyles and ships that they like the most. But there will always be a right tool for the job and maybe another ship that they want to craft and customize out in their loadout for taking on certain types of activities and a certain type of pirating in the game,” said Barnard.

For instance, taking on a quest to smuggle large amounts of stolen goods (described as one of the light quests) will be easier with a cargo ship. While players can use anything for most activities, there will always be the “best choice for what you’re trying to accomplish.”

Combat is described as “very fast-paced” with some depth. Along with selecting different weapons, you also have “Fury” which your crew generates. This is channeled into crew-to-crew attacks and boarding attacks, which is the only way to obtain all of the loot. Ships also have weak points, “large outlined red targets” which, when destroyed, cause extensive damage and different side effects (like a fire breaking out).

In terms of weapon types, one example includes blunt weapons for tearing sails and causing flooding. Based on one’s loadout, you may either gain bonus damage against an enemy type, deal normal amounts of damage or even less damage. Again, while taking on any target with any loadout is possible, you’ll have “better, more effective loadouts” based on the situation.

And hey, if the battle isn’t in your favor, you can always run to a safe area though it will be tougher to elude other players. Some activities, like plundering, actually emphasize escape. “In some of our plundering activities, the whole point might be just to snatch and grab. So you get what you can while you can.” If one’s ship is destroyed, then there’s a wreck left over with some of your materials. You can then claim these back at a den or outpost.

But if you’re brave enough to venture out to the wreck, then you can “basically get all of your materials back and it’ll just have cost you a little bit of time. And you recraft your ship and you keep going.” Furthermore, if you want to shift from a PvP-only server to PvE-only, then no progress is lost. You can switch back and back forth without any issues. Interestingly, there are “benefits” to playing on the riskier PvP-only servers, but these weren’t outlined.

Skull and Bones is out on Xbox Series X/S, PS5, PC, Google Stadia and Amazon Luna.