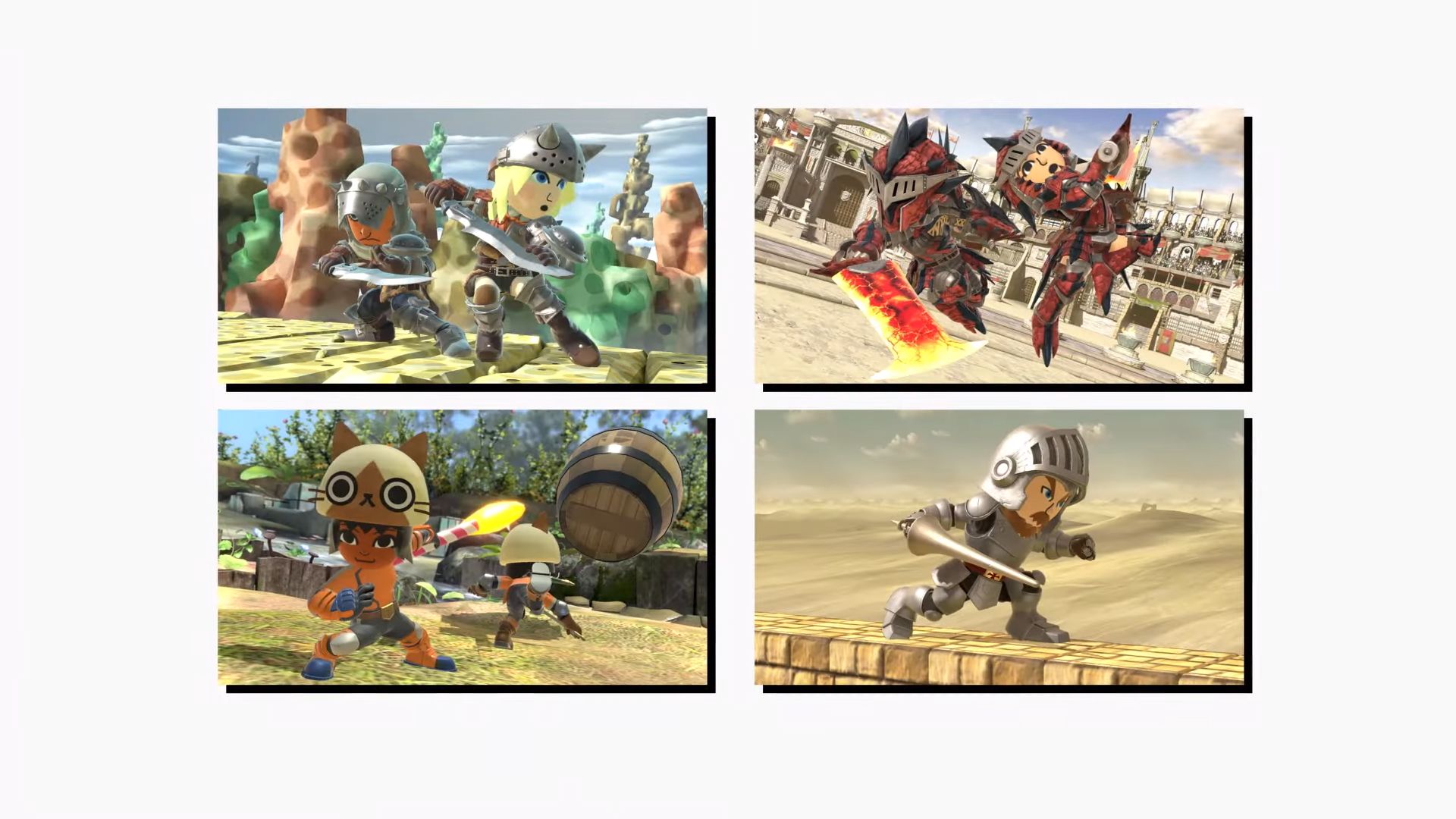 Along with detailing Pyra/Mythra from Xenoblade Chronicles 2, Super Smash Bros. Ultimate director Masahiro Sakura also unveiled the newest round of Mii Fighter costumes. Two Capcom franchises have been highlighted – Monster Hunter and Ghosts ‘n Goblins. Check them out below.

These four new Mii Fighter costumes are out now for Super Smash Bros. Ultimate for $0.75 each. Pyra/Mythra will be coming to the game today as part of Challenger Pack 9, bringing 16 new songs, the Cloud Sea of Alrest stage and a new Spirit Board. Two more Challenger Packs remain for the game as part of Fighters Pass Vol. 2 so stay tuned for more details in the coming months.