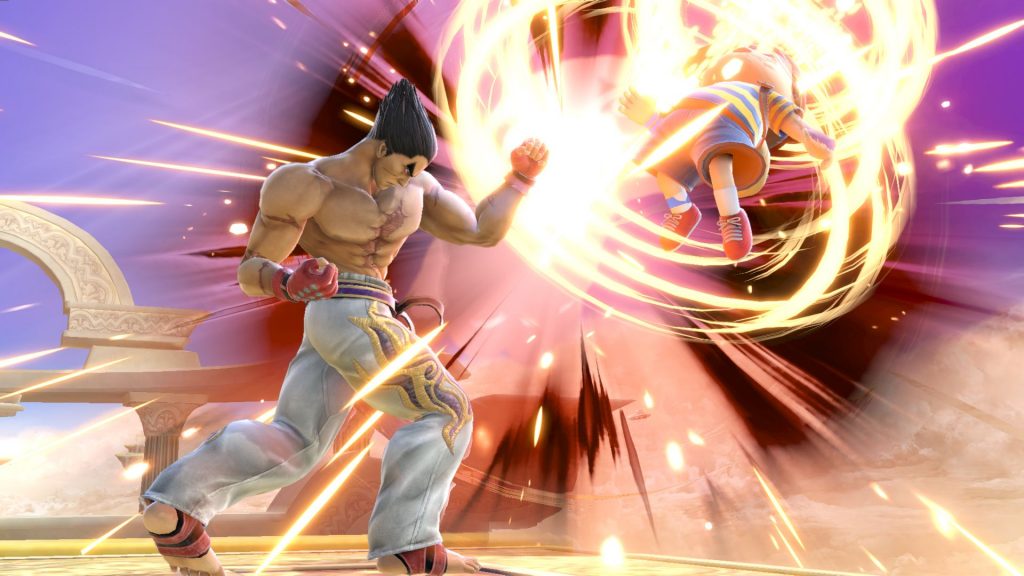 A new challenger – or Challenger Pack, rather – joins Nintendo’s Super Smash Bros. Ultimate with Tekken’s Kazuya Mishima. Along with his trademark style, Kazuya unleashes the power of the Devil Gene in various Smash attacks, Neutrals and whatnot. For more details on how he plays, check out the latest “Mr Sakurai Presents” here.

Along with Challenger Pack 10, which adds 39 songs from the Tekken series, there are new Spirits to acquire from the Shop. These include Heihachi, Nina Williams, King, Kuma and Panda, Yoshimitsu and many more while Sophia and Arthur will appear in the Spirit Board and Shop. New Mii Fighter costumes have also been added including Dante from Devil May Cry, the Dragonborn from The Elder Scrolls 5: Skyrim, Lloyd from Tales of Symphonia and Shantae from Shantae: Half-Genie Hero.

Each Mii Fighter costume can be purchased for $0.75 while Challenger Pack 10 costs $5.99 standalone or as part of Fighters Pass Vol. 2 for $29.99. One Challenger Pack remains and will be the last DLC fighter added, as series creator Masahiro Sakurai recently reaffirmed. Stay tuned for more details in the coming months on who it could possibly be.