"All decisions about the final product are up to Nintendo. So feel free to send your requests of 'release the game on other consoles' to Nintendo."

After the long-awaited return of the action game, Director Yusuke Miyata talks about some aspects old and new of the third entry.

"I’m trying to do a lot of stuff this year," says Hideki Kamiya.

It's only the umpteenth time he's said that.

Bayonetta 3 Developers “Still Hard at Work” On the Game

Hideki Kamiya reassures once more that the game has not been cancelled.

The next game is still progressing, apparently. 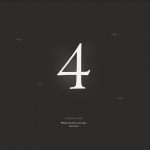 PlatinumGames Will Have Major Announcement on February 27th

The announcement will be revealed in the next Weekly Famitsu.