Karma and decisions fall into three types - Moral, Harmony and Wrathful - which can make it easier to recruit certain Digimon.

While Digimon Survive's release date has been known for a few months now, a new release date trailer shows off some of the upcoming RPG's gameplay, including battles and conversations.

Digimon Survive Launches in the West on July 29

Bandai Namco's tactical RPG based on the Digimon franchise finally gets its western release date, with the game being available in July.

The long-awaited strategy RPG will be coming to PS4 and Nintendo Switch in the region. A global release date is still unknown.

In development for Xbox One, PS4, PC and Nintendo Switch, the survival tactical RPG series has seen its fair share of delays over the years.

At Digimon Con 2022, series producer Kazumasa Habu said that, "Changing teams has led to a lot of rework on the game, leading to delays."

Bandai Namco's survival tactical RPG based on the Digimon series faces yet another delay, as per TOEI Animation's latest financial report.

Digimon Survive Has Been Delayed To 2021

The long in development title suffers another pushback.

This is despite earlier reports of yet another delay.

The genre bending game will have three core gameplay elements.

Get a first look at the game's opening sequence

Digimon Survive Gets Delayed To 2020

The unique take on the franchise won't be out this year after all.

This game takes Digimon in an interesting direction.

Namco is coming around to supporting Nintendo's new console. 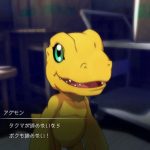 Digimon Survive Coming to PS4, Xbox One, Nintendo Switch, and PC Next Year

Everyone will be able to play the new Digimon game, it seems. 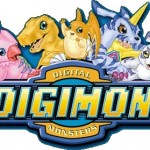 Digimon Survive Announced for Nintendo Switch and PS4, Will Be A Strategy RPG

Blending turn based strategy gameplay with a point and click style on field.