Mike Laidlaw from Bioware speaks to GamingBolt about the upcoming role playing game. 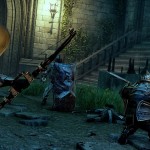 Inquisition has multiplayer! It will be like Mass Effect 3! Here's why you should worry!

Dragon Age Inquisition On PC Will Support All Features of DX11

Hug your PC and weep sweet sweet tears of joy. 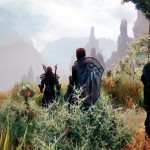 Dragon Age: Inquisition Relationships Takes Inspiration from The Last of Us, The Darkness

Bioware is aiming for real emotions and moments in the upcoming RPG's relationships.

Dragon Age: Inquisition “Wouldn’t Have Been Possible on Previous Engine”

Producer Cameron Lee talks about the benefits of using Frostbite 3 for Inquisition.

Fallout 4: 8 Features It Can Borrow From Other Games

Here are a few different approaches Bethesda can take to Fallout 4's gameplay.

"They key is to not have a cap," says creative director Mike Laidlaw.

Producer Cameron Lee says the team is "very aware of fans' reaction to that ending."

Bioware producer Cameron Lee wants to cater to all kinds of fantasies over forcing perspectives.

"Inquisition has crafting for weapons and armor which we've never done before." 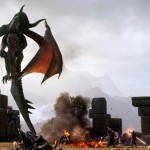 Check out the rescue mission in part two of the E3 demo.

Check out some new gameplay for the open world RPG.

Or Sister Nightingale, as she's apparently known by. 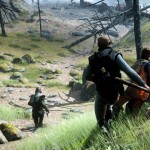 Bioware: Most Buildings Can Be Entered In Dragon Age: Inquisition

How many is most, though?