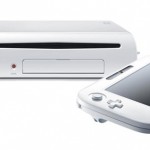 The launch line up for Nintendo's next just got a lot more hardcore. 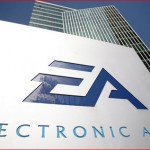 However, the publisher saw $490 million USD in cash flow operations against $117 million from last year. 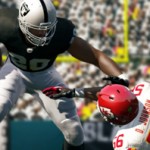 Is this year's Madden NFL entry any better?

Madden NFL 13 gets a Kinect trailer

Blue 22, hike! As an Englishman my entire knowledge of American Football boils down to the 1994 film Ace Ventura: Pet Detective, laces out and all that jazz. Whilst I may not understand the game at... Read More 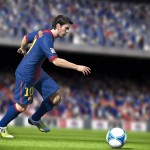 Electronic Arts and it's sports division EA Sports have formally announced that Madden NFL 13 and FIFA 13, both premier flagship titles in their sports franchises, will be coming to the Wii U. He... Read More 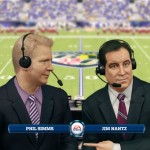 Gamestop announced today that it was partnering with Electronic Arts to offer various exclusives to it's customers who pre-order Madden NFL 13. Of course, the standard pre-order bonuses are also ava... Read More 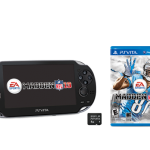 EA Sports has announced Madden NFL 13 and FIFA 13 for the PS Vita, not surprisingly. The PS Vita version of FIFA 13, much like FIFA 12, will use the touch screen controls of the system. EA Sports ... Read More 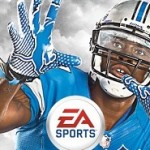 No it's not official, but just look at that abomination. I mean, compared to the placeholder image shown below, I have no idea why EA went with this. The athlete on the cover art is Detroit's Calvi... Read More 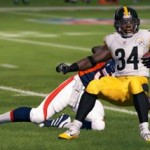 MADDEN NFL 13: Some images from the first Playbook video

Check out these new screenshots from MADDEN NFL 13. This game is published by EA on PS3 and X360. [gallery link="file"]Read More 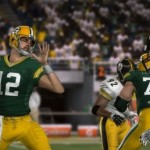