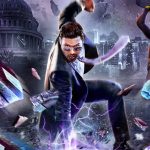 Xbox Game Studios provides a rundown on the current support status of its titles on Steam Deck in a recent news update on Steam.

Players can also access a special arena to fight all enemies, testing their combat skills and earning all of the associated Achievements.

Psychonauts 2 Guide – How to Increase Max Health and Psitanium Capacity

Surviving the various mental trials and tribulations becomes a lot easier with more health and Psitanium capacity. Here's how to upgrade both.

Psychonauts 2 Guide – All Bosses And How To Defeat Them

There are quite a few challenges in Double Fine's latest and that includes boss battles. Check out how to defeat them all here.