Fort Solis is a Narrative Thriller Developed on Unreal Engine 5, Coming to PC

Roger Clark plays an engineer investigating the solitary fort while Troy Baker plays a medical officer. Things only get weirder from there.

Producer Geoff Keighley provides teases for what audiences can expect to see from the upcoming Summer Game Fest, which kicks off on Thursday. 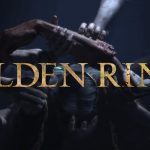 The upcoming Inside Xbox is going to be the first of many.