Releasing worldwide on April 7th, 2023, the movie's second trailer showcases the talents of Anya Taylor-Joy, Charlie Day, and others.

The trailer will debut during a new Nintendo Direct. The film releases on April 7th, 2023, in North America and April 28th in Japan.

The world premier trailer for Nintendo and Illumination's upcoming animated Super Mario Bros. movie is set to be introduced in an upcoming Direct presentation. 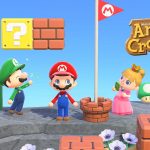 Animal Crossing: New Horizons’ Next Update Could be Mario-Themed, Out in March

The life sim could be gearing up to celebrate Mario Day next month.