Projectile aiming has been revamped while a weapon scrapping mode and more intuitive inventory system for your Posse have been added.

WolfEye Studios' action RPG is available on Xbox One, PS4 and PC along with Game Pass. Its first community event is currently live.

Slay the undead in this new limited-time event. Further free content is also coming later including the Caged Ones Event.

You can now sell items directly from the inventory of your companions and horse from a shop's interface. Auto save slots have also been increased.

WolfEye Studios makes its debut with immersive sim action RPG Weird West, which is now out for PS4, Xbox One, and PC.

The latest trailer showcases how completely eradicating a town's population can turn it into a venerable ghost town.

Act like a criminal and you could face either jail time or bounty hunters. However, help others and they return the favor later.

Create an inferno around you, fire at every enemy in sight or go invisible and sneak past threats in WolfEye Studios' upcoming action RPG.

WolfEye Studios and Devolver Digital have announced that in order to polish up Weird West a bit more, the immersive sim has been pushed back by a couple of months.

Different upgradeable abilities for weapons, activities, immersive sim elements and much more are showcased for the action RPG.

Wolf Eye Studios' recent Twitter activity suggests that a release date for its upcoming immersive sim could be announced soon.

A bounty hunter, pigman, guardian, werewolf and future-seer are at your disposal, each with their own unique journeys and fates. 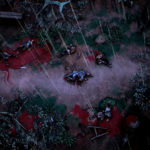 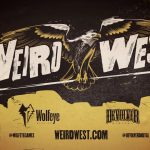 There will be a demo at some point in the next few months.

He and his band, Weird Wolves, will also be involved in the game's music.