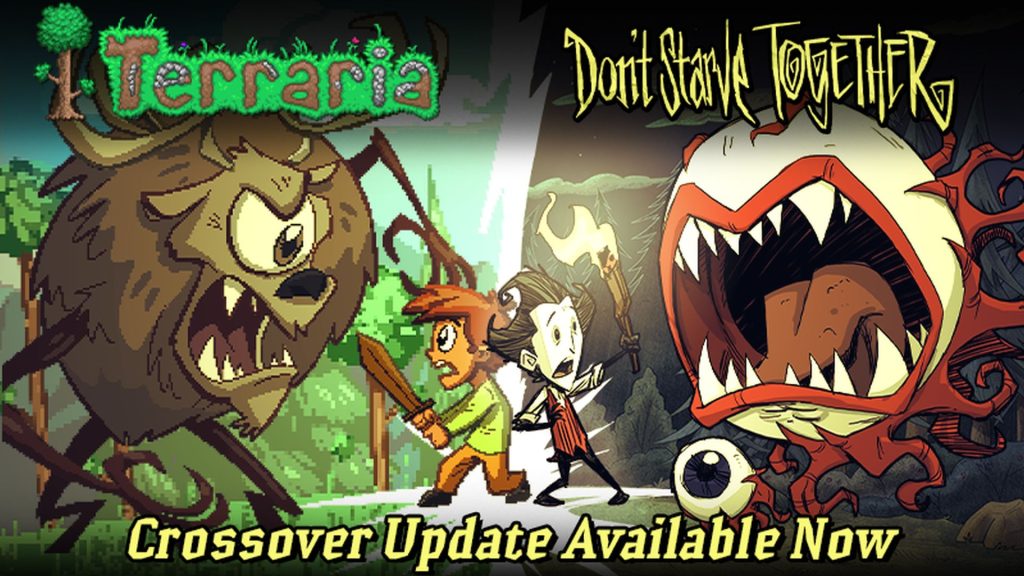 The eagerly awaited collaboration between Re-Logic’s Terraria and Klei Entertainment’s Don’t Starve is now live. Dubbed “An Eye For An Eye”, the update adds a World Seed to Terraria inspired by The Constant along with shaders and lighting based on Don’t Starve. There are also mechanics like having to eat to maintain one’s health, increased drop rate for new Don’t Starve-inspired items and the arrival of Deerclops as a new boss.

Deerclops arrives in mid/late pre-Hardmode and has some music based on its original theme from Don’t Starve (mixed by Klei Entertainment itself). It awaits in the Ice Biome and there are apparently some nice surprises to look forward to. As for the Don’t Starve-inspired items, there are 25 of them, from Lucy the Axe to Chester, a pet that holds your items.

As for Don’t Starve, it gets the Eye of Terror boss (based on Terraria’s Eye of Cthulu) along with the Twins of Error (which offer their own equipment items and statues). A new critter has also been added along with a new foot items, new recipes and Terraria item skins. There’s also a three piece character set inspired by the traveling merchant from Terraria. Logging in will also net the Terrarized chest which gives six skins for free until the next update in December.