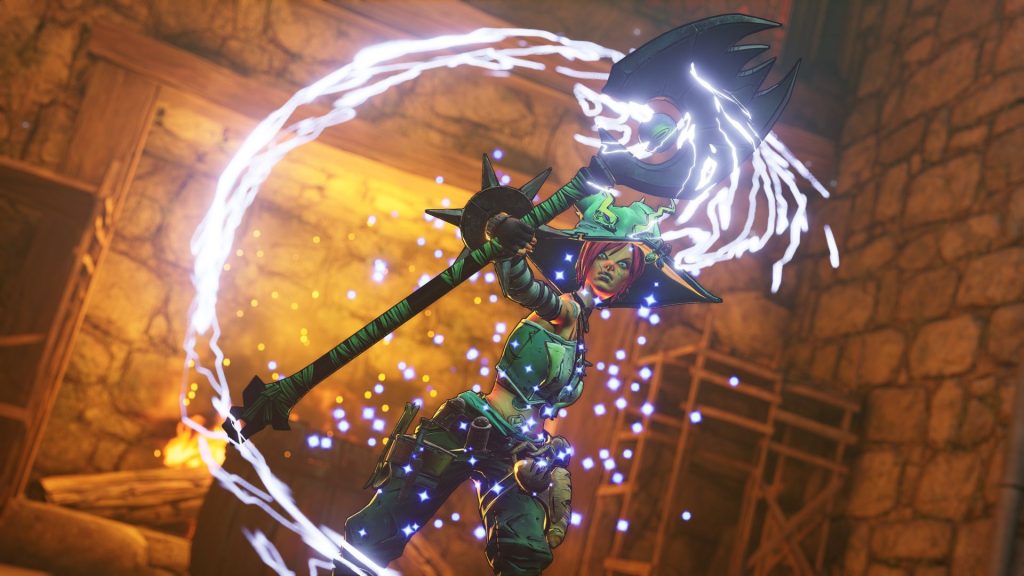 The second Mirror of Mystery is now live for Tiny Tina’s Wonderlands, offering a new dungeon for players to explore. There’s a new boss in Imelda, Witch of the Sand, who has four different forms that become available over time. Check out the launch trailer below.

There’s more to this dungeon than simply running to the end and slaying the boss. Instead, you need to collect ingredients for her recipe, including mushrooms, a Gingerdead and ore. New loot, like weapons, gear and cosmetics, can be earned from completing the Mirror of Mystery but that’s not all. The same environments are also added to the Chaos Chamber to spice up runs.

Glutton’s Gamble is the second of four paid DLC content drops for the looter shooter. It can be purchased standalone for $10 or with the Season Pass for $30. The fourth DLC will add a brand new class with two Action Skills, a unique skill tree and a Class Feat so stay tuned for more details on that in the coming months.