Trine 4: The Nightmare Prince Announced for 2019

Releasing for Xbox One, PS4, PC, and Switch, it will be the "best in the series". 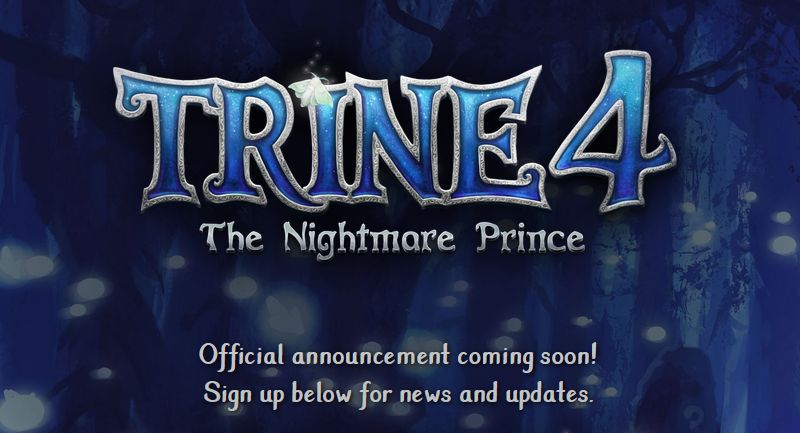 Frozenbyte has announced that it’s partnering with Modus Games to release Trine 4: The Nightmare Prince. Launching in 2019, the follow-up to the beloved fantasy puzzle platformer series will release for PS4, Xbox One, Nintendo Switch, and PC. A new teaser site for the game is live, and you can sign up for the newsletter to receive more information.

Frozenbyte CEO Lauri Hyvarinen stated, “Trine 4 is going to be the best in the series. We have rekindled our love for the franchise, heard and seen the fan feedback, and our hearts are set on exceeding those expectations. Trine is back!”

Modus Games CEO Christina Seelye further noted, “We are absolutely thrilled to embark on this journey with Frozenbyte. There’s no doubt Trine 4 will be the game players have been asking for.”

Frozenbyte’s Trine started out fairly strong, with the following Trine 2 serving as the series’ peak. By October 2014, both games across various platforms had sold 7 million copies. However, following the relatively disappointing release of Trine 3: Artifacts of Power, the future of the series seemed in doubt. Frozenbyte would venture into other titles like Shadwen, Has-Been Heroes, and Nine Parchments in the interim.

The real question now is: Will Trine 4 return to the side-scrolling platforming that defined its predecessors? Can Frozenbyte capture the magic of the first two games? We’ll have to wait to find out, but it’s good to see the developer returning to its roots, working on what it loves.

Frozenbyte and @Modus_Games are partnering to release #Trine4 next year for #PS4, #NintendoSwitch, #XboxOne and #PC! Visit https://t.co/S9lU7CkrBq for the latest news and to subscribe to our newsletter. pic.twitter.com/Am2mBKEZov