The likes of Norco, Insurgency: Sandstorm, Pentiment, Somerville, and more are also included in Game Pass' newest batch of additions. 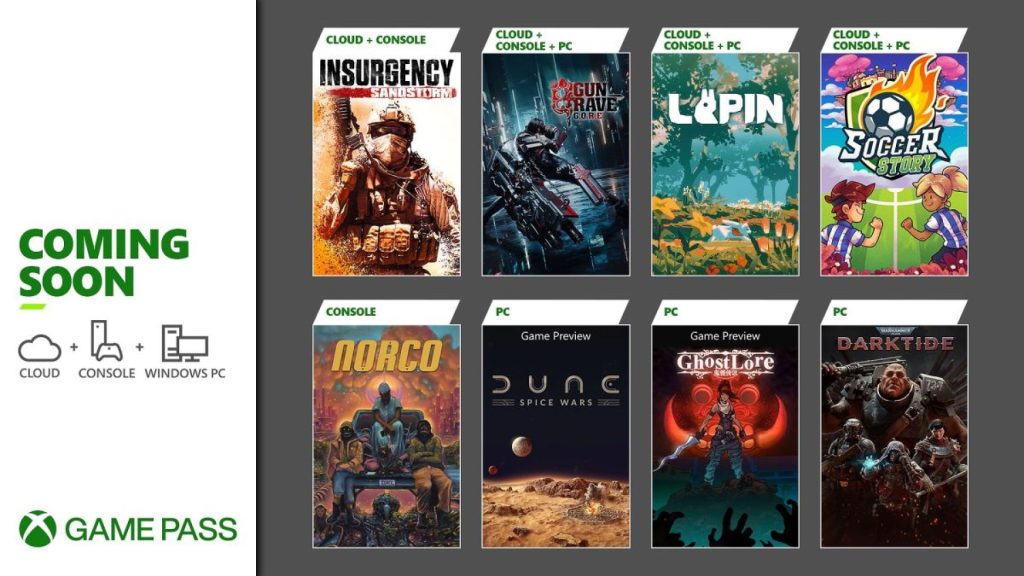 The newest lineup of games being added to Game Pass as part of its second batch of newcomers for November 2022 has been revealed, and it’s a pretty solid list, with a number of new releases included. For starters, today sees the addition of two anticipated titles in Obsidian Entertainment’s Pentiment and Jumpship’s Somerville.

Beyond that, on November 17, Dune: Spice Wars will be added to Game Pass for PC, as will action RPG Ghostlore’s early access version. On the same day, 2D platformer Lapin will become available to subscribers via cloud, console, and PC, while point-and-click adventure title Norco will become available via cloud and console.

November 22 will bring the day one Game Pass launch of high-octane action shooter Gungrave G.O.R.E. for cloud, console, and PC subscribers, followed by Insurgency: Sandstorm (cloud and console) and Soccer Story (cloud, console, and PC) arriving on November 29. Finally, Warhammer 40,000: Darktide will be available with PC Game Pass on day one upon its launch on November 30.