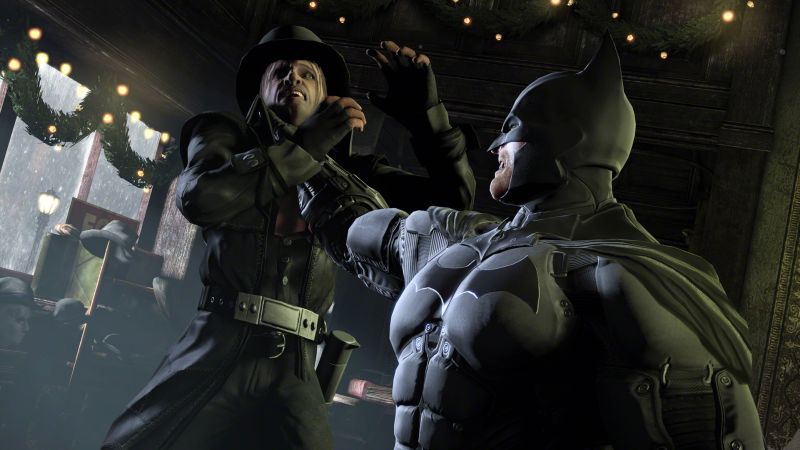 Rocksteady recently made it abundantly clear that they’re not working on a Superman game, contrary to tons of rumours and speculation, and that whatever they are working on won’t be revealed at The Game Awards in a couple days’ time. Following that, fans’ hopes were resting on fellow Warner Bros. Interactive Entertainment studio, Warner Bros. Montreal – the developers of Batman: Arkham Origins – to attend the awards ceremony and possibly reveal something new. That won’t be happening either.

Warner Bros. Montreal’s Patrick Redding recently took to Twitter confirm that the studio won’t be attending The Game Awards, before saying that though he knows fans are anxious to hear about what they’re working on, they don’t have anything to share just yet.

That said, there is still some interesting news about the studio’s next project, which has long been the subject of speculation. Valerie Vezina, assistant producer at the studio, tweeted a picture of herself wearing a shirt that bears a very familiar symbol- anyone who’s read Batman’s The New 52 comics will instantly recognize it as the crest of the Court of Owls, the shadowy organized crime group that has secretly ruled Gotham from the shadows since Colonial times.

The interpretation here, of course, is that the new Batman game being worked on at the studio (if that is indeed what they’re working on) will revolve around the Court of Owls, or at least have them featured in some capacity. Which is incredibly exciting news, because stories surrounding them in recent comic runs have been excellent, for the most part. Of course, this is just speculation based on what might very well be an innocent tweet, but then again- maybe not.

Warner Bros. Montreal and Rocksteady aren’t the only high profile studios who will be absent at The Game Awards- Cyberpunk 2077 developers CD Projekt RED also recently confirmed that they won’t be in attendance. That said, there’s still plenty of cause for excitement, with over ten new announcements in the pipeline for the event, including a new game from Obsidian, while a Dragon Age announcement has also been teased.

… We’re not doing the glamorous part of the job just yet. We’re headed down to meet with our WB partners and showcase the team’s hard work and share our excitement. I know how anxious the fans are to hear something… Please be patient! (2/2)