Microsoft’s Xbox E3 2019 presser is in the books and to say that this was a better effort than previous years would be an understatement. New IPs, multiple third party titles, Keanu Reeves and the reveal of Project Scarlett all made this presser memorable. Let’s take a look at the biggest announcements from Microsoft’s presser.

Microsoft finally confirmed that its next Xbox would be out in Holiday 2020. Project Scarlett, as it’s currently being referred to as, utilizes a custom processor which leverages the Zen 2 and Navi Technology from AMD. Four times more powerful than the Xbox One X and featuring GDDR6 memory for better performance overall, Project Scarlett will push the frame rate to 120 fps. That’s along with 8K resolution support, variable refresh rate and more. Next-gen ray tracing, in real time and hardware accelerated, is also promised. Microsoft also revealed that it’s using the SSD as virtual RAM to gain performance improvements in the region of around 40 times compared to the current generation. Four generations of gaming content, hinting at backwards compatibility for all previous Xbox consoles, also seems to be a given.

Master Chief has finally returned, back from the dead, yet again (is this like the fourth time counting? We’re not sure). Rescued and ushered onto a ship, we’re shown the current state of the universe – the infamous Halo ring is still around and humanity or perhaps the UNSC have lost everything. What seems to be an enemy attacks the ship and good ol’ Chief rushes off to fight it. There wasn’t much else, except for a bit with Cortana’s voice, but Halo Infinite is out in Holiday 2020 and will launch with Xbox Scarlett. So that’s something.

The Coalition’s Gears 5 will be releasing on September 10th (four days earlier if you own Xbox Game Pass Ultimate or the Ultimate Edition). More details on PvP and Horde are coming later but for now, we got to see a trailer that showcased protagonist Kate Diaz mentally torn in various directions. The Coalition also announced Escape Mode, a three player co-op mode where teams must coordinate to escape from swarms of enemies. You can even challenge other players to Escape missions and compete in the leaderboards.

Look, say what you want but CD Projekt RED had the coolest reveal of the show with Cyberpunk 2077. We witnessed a cinematic trailer which seems to indicate the weight of different choices. By the end, Keanu Reeves appeared, telling the player that they “had a city to burn.” If that wasn’t enough, it was announced that Cyberpunk 2077 would be releasing on April 16th 2020. You had more than our curiosity, CD Projekt RED – now you have our utmost attention (and possible preorders).

FromSoftware’s Elden Ring is Something (And Looks Cool)

Leaked prior to E3 2019, Elden Ring is being developed by FromSoftware with a world created by Hidetaka Miyazaki of Dark Souls fame and George R.R. Martin, the writer of Game of Thrones. None of those leaks could prepare us for the trailer though which features a lone person hammering something, disembodied limbs and warnings of the skies burning. No further details were provided. It’s almost like Miyazaki was exchanging notes with Kojima before the reveal. 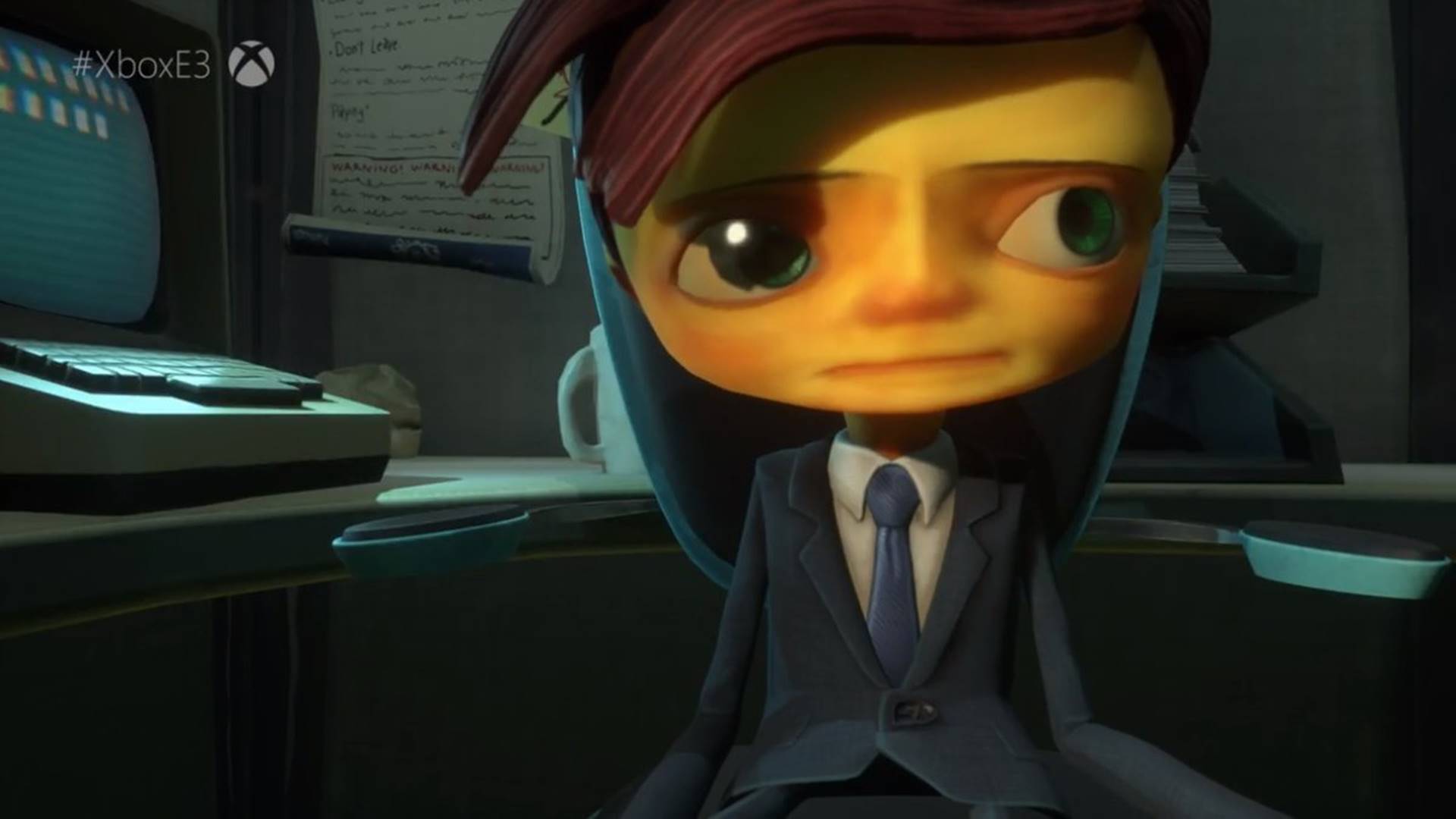 Is Double Fine Productions of Broken Age, RAD and Psychonauts 2 fame working on the next Halo or Forza? Thankfully, no but it is the latest studio to be acquired by Microsoft and join the Xbox Game Studios family. Tim Schafer was on hand to present new gameplay footage of Psychonauts 2, which is out later this year, and it looks to capture that perfect mix of creepy and quirky that the original embodied. No release date, sadly, but it’s worth looking forward to.

Sure, this was probably one of the more underwhelming reveals of E3 2019 but that’s only because it was leaked beforehand. Ninja Theory’s Bleeding Edge is a 4v4 multiplayer brawler with different characters to choose from, a variety of weapons and sick environmental kills. It looks fine in its current state but the feel of the combat and other gameplay details still need to be expanded on. There’s a technical alpha test on June 27th so hopefully we’ll get our answers then.

Ori and The Will of the Wisps Out in February 2020 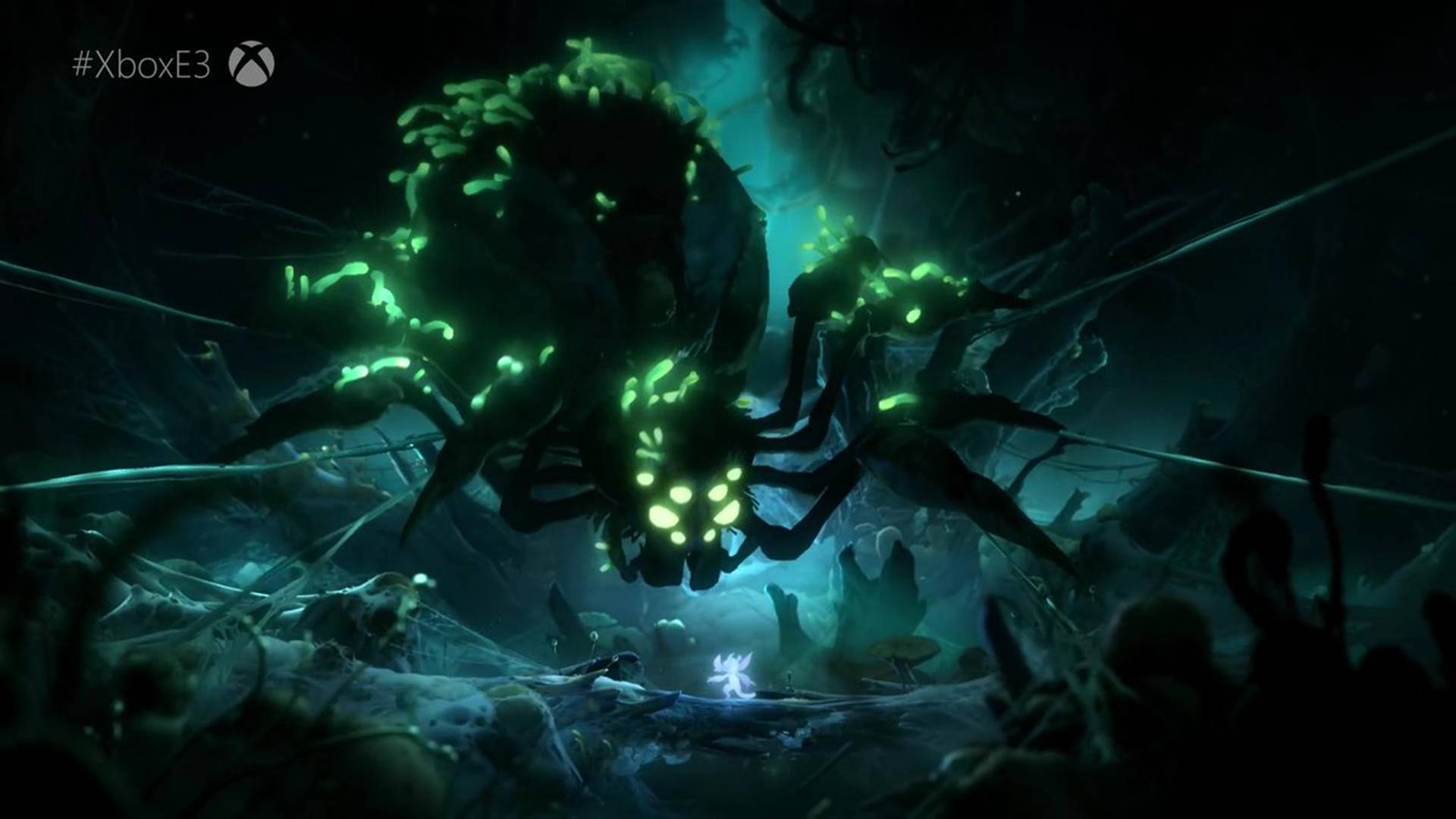 How can Moon Studios make Ori and The Will of the Wisps look better and better with each subsequent reveal? We don’t know but this trailer, complete with a nasty giant spider and gorgeous-looking environments, finally decided to give us a release date. Ori and the Will of the Wisps releases on February 11th 2020 for Xbox One and PC and while it’s skipping this year, all that extra polish should make it worth the wait.

Microsoft already revealed that its own personal cloud-streaming service Project xCloud would allow for streaming Xbox One titles onto various devices. That’s pretty significant in and of itself, especially with over 3500 games currently available for the console. However, at E3 2019, the company revealed that Project xCloud would allow for streaming from your game console to various devices as well, providing a remote play option in the process. Other details, like price, have yet to be revealed but it’s out in October.

Xbox Game Pass launched for PC prior to the Xbox E3 presser and we received further confirmation that titles like Gears 5 and Halo: The Master Chief Collection would be on it. At the presser, however, the Xbox Game Pass Ultimate offer was revealed and made available. For $14.99 per month, you get Xbox Game Pass, Xbox Live Gold and Xbox Game Pass for PC. An introductory offer of $1 per month further sweetens the deal.