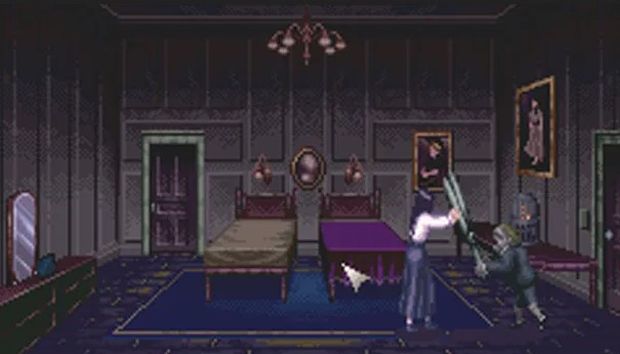 Bobby Barrows aka the first Scissorman was a terror unlike any other when Clock Tower released. Though somewhat short, he wields a massive pair of scissors and stalks protagonist Jennifer throughout the mansion. The sheer number of places that Bobby could emerge from, whether it’s from behind a curtain or even a mannequin, is crazy. But one can never forget the chases as Jennifer tries to run, the Scissorman gleefully in pursuit as the panic builds.