2011 Showdown: Which Console Had The Best Games Library?

Over the last one month, every gaming publication, including us, has written tons of articles on what 2011 offered, and the fact that this was the best year in video gaming in a long, long time has already been established. There were some lows, yes, like every year, but there were a lot more highs, including the likes of Uncharted 3, Skyrim, Skyward Sword and Gears of War 3. However, now is the time that everybody asks the same thing- now that the year is done and dusted, which console had the best year? Which console had the best releases to itself in 2011? Which one should I buy?

So we’re going to take a look at 2011 separately for each console, in terms of Exclusives, Multiplatforms and Downloadable Titles/Remakes and Re-releases, and then, once we’ve looked at all three, we’ll decide which console ultimately had the best year.

Remember, the key word here is console, so no handhelds or PC games will be included. This article is solely about the consoles, i.e. the Xbox 360, PS3 and Wii. Also, since this is just about the consoles, exclusives that were released on one console and a handheld/PC will be counted as exclusives for that specific console.

Also, we will only talk about the games of the systems in this article, nothing else.

So enjoy the article, and give us your feedback in the comments section below.

We all know that exclusives aren’t Microsoft’s forte. The Xbox 360 never had a strong first party lineup, and this year was no different. Compared to the PS3, in fact, this year was actually disappointing for the Xbox 360. Microsoft mostly focused on the Kinect, and while we did get some good games, like The Gunstringer, Dance Central 2 and Sesame Street, most of them were either highly casual or aimed at younger audiences. The Gunstringer was the only game on Kinect that was good and appealing to the hardcore audiences. We need more games like these, Microsoft.

But all was not black- we did get Gears of War 3, which scored a 10/10 here at GamingBolt. It had an excellent, action packed, emotionally driven single player campaign, great co-op and probably the best competitive online we’ve seen all year. Sure, the Sawed-off Shotgun presented balancing problems aplenty, but at the end of the day, it was an all round polished and entertaining package. Then there was Forza Motorsport 4, which, although not much different from Forza 3, was still a brilliant game, with its realism and great Kinect functions, and is probably the best racing sim to have ever been released. We also got to play Halo: Combat Evolved again, via Halo: Combat Evolved Anniversary, and it was much, much better this time around. Sure, it wasn’t a new game, but that doesn’t really matter when a game is as good as this.

The Xbox 360 also got a ton of Xbox Live exclusives, which may not have made up for the lack of retain exclusive titles, but were still very good and plenty in numbers. More on these later.

Overall, the Xbox 360 did get several good exclusives this year, and they did make up for the overall lackluster first party lineup, but when it’s compared to its competition, the fact that Microsoft needs to develop a better first party and needs to shift focus away from the Kinect  becomes that much more clear. 2012 doesn’t look much different either, with most of the exclusives announced (not many have been announced, by the way), being Kinect exclusives. However, we cannot really say 2011 was a bad year for the Xbox 360 in terms of exclusives, but it could have been much, much better.

The Wii has always been known for having a lackluster library. It’s always missed out on the great multiplatform titles that the Xbox 360 and the PS3 get, and it rarely ever gets third party exclusives from big companies such as EA and Capcom. However, Wii owners can boast of having probably the most impressive exclusive library, full to the brim of niche third party titles and an awesome hardcore first party lineup by Nintendo. This year, however, Nintendo’s console hardly got any good games.

Kirby’s Return to Dream Land was a decent game, but after the awesomeness that was Epic Yarn, it was more of a disappointment. I wouldn’t say the game isn’t worth owning, but it isn’t a must-have either. There was also Conduit 2, which improved heavily upon the disappointing original, but much like Return to Dream Land, wasn’t an exceptional title, and easily forgettable. There was an astounding lack of any good WiiWare games as well.

However, there were two games that almost made up for the terribly year that Wii owners had to go through. The Legend of Zelda: Skyward Sword and Xenoblade Chronicles, both of which got a 9.5/10 here. Skyward Sword was a brilliant game with intelligent level design, great puzzles, an origin story that was good enough to make all Zelda fanboys drool, and brilliant presentation of the lovely, charming relationship between Link and Zelda. It was a mind blowing game, one that almost won our Game of the Year award over Skyrim, and one that will be remember as one of the greatest games of all time as the years go by.

Xenoblade Chronicles wasn’t any less either, and according to us, it was just as good as Skyward Sword. Being a JRPG, we obviously approached it with caution, but we were pleasantly surprised when we played the game. It was brilliant, beautiful, with an amazing, large game world, a rich story that immersed players, and gameplay that was deep and engaging. It wasn’t just one of the best games of the year, it was also the best JRPG to have been released this entire generation.

Overall, though, the Wii had a very forgettable year. Skyward Sword and Xenoblade almost made up for the overall lackluster lineup, but the lack of any good exclusives and multiplatform titles was glaring and turned this year into much worse than what we expected it to be. If only Nintendo had released The Last Story and Pandora’s Tower this year as well, we would have been content with the Wii. Probably.

Yes, we’ve been saving the best for the last. 2011 was the best year for PS3 owners, and that’s saying something, considering just how good 2009 and 2010 were. There was a slew of exclusives, right from the beginning of the year until the very end, and 2012 seems no different. Sony has understood how important a first party lineup is, and they’ve been following up on that mantra very well, better than even Nintendo- and that says a lot.

We had LittleBigPlanet 2 right at the beginning of the year, and we loved how charming, innovative, refreshing, polished and deep it was. So much so, that we gave it a perfect 10/10. It was a deep game, one that we play regularly and avidly even now, nearly a year after its release. There’s just so much content, so much to do, that you can never possibly “finish” LBP2. Then there was the awesome Killzone 3. While not as innovative and revolutionary as KZ2 was, it was still one hell of a game with probably the best graphics you’ll ever see in a console shooter, a thrilling, fast paced campaign and addictive multiplayer.

Sony followed those up with several other games- MotorStorm Apocalypse, a unique take at the MotorStorm franchise that worked better than any other games in the series; inFamous 2, a game that refined and improved every single aspect of the original, and a game we’re still playing with as much interest as we were when it was released; we got to play some collections like Ico and Shadow of the Colossus Collection (more of this later); there was the emotionally driven Resistance 3 with its epic campaign.

And then we got what is, according to several people here at GamingBolt, not just the best PS3 game of the year, but the best game of 2011, period- Uncharted 2: Drake’s Deception. The game offered a thrilling, action packed campaign that boasted of an interesting story and brilliant characterization. The set pieces were awesome, the level design brilliant, the co-op addictive and the multiplayer deep and engaging. The game got a 10/10 here at GamingBolt, and ever won our PS3 Game of the Year award. Just look at the video above, and you’ll get a taste of the awesomeness that this game is- that entire thing is not even a cutscene.

Overall, the PS3 had a brilliant year. Much, much better than the years it has had so far (which says a lot), and definitely miles ahead of its competition. The exclusives lineup was mind blowing, and it doesn’t look like it’s going to let up. 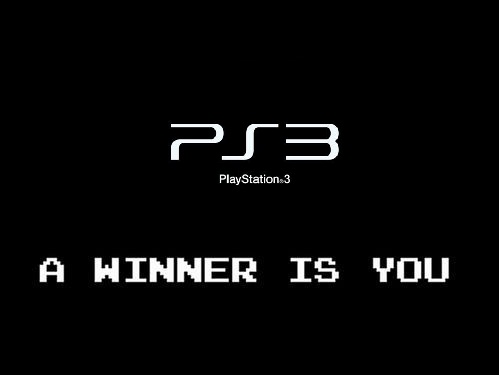 I think it’s pretty clear which system was the best. The Xbox 360 had a good year, but it definitely could have been much better. We want Microsoft to build a better first party, shift away from Kinect and give us more exclusives- that are not Halo, Gears, Forza or Fable, I mean. That said, the Xbox 360 definitely did not have a bad year- it just wasn’t exceptional either. Then there was the Wii. The two superb exclusives, Xenoblade Chronicles and Zelda: Skyward Sword, will definitely be counted amongst the best games of all time for some time to come, but overall, the Wii had a lackluster year, and we expected a lot more, given Nintendo’s strong first party. The PS3, however, simply stole the show. Giving us one strong exclusive after another, Sony has showed that they realize just important a strong first party is. Who knows, maybe five years from now, if they keep this up, the brand names of Killzone and Uncharted will be just as iconic as Zelda and Halo.