Along with Nvidia's RTX technology, the upcoming first-person shooter also supports DLSS 3. It's out on February 21st for consoles and PC. 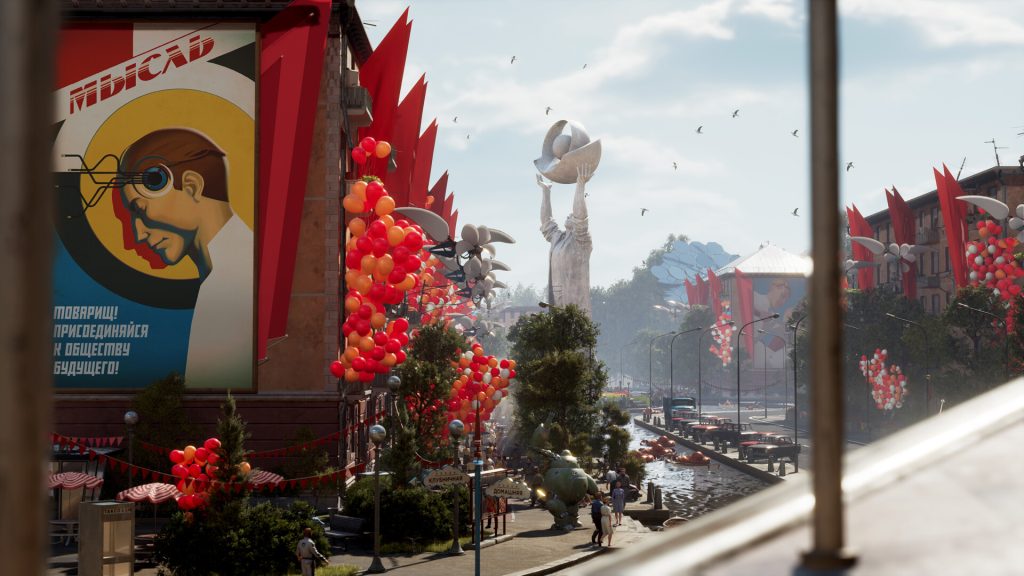 The Astronauts’ Witchfire isn’t the only upcoming first-person shooter to support Nvidia DLSS 3. Mundfish’s Atomic Heart also appeared at Nvidia’s Special Address at CES 2023, announcing support for the feature and showcasing some gorgeous ray-traced reflections in a new trailer. Check it out below.

Atomic Heart is already a great-looking game. However, ray tracing further enhances the presentation, from the environments to the enemies and effects like ice. The story is set in an alternative history Soviet Union, where robotics has taken off at an incredible rate. It’s not all sunshine and roses, as players must stop a rogue robot control system in Facility 3826.

Atomic Heart launches on February 21st for Xbox One, Xbox Series X/S, PS4, PS5, and PC and launches day one on Game Pass. It’s seen its share of delays, which the developer clarified as its ambitions not always being “aligned with reality.” Head here to learn more, or check out what to expect from upcoming DLC here.