Motion Twin has announced new content coming to Dead Cells through a new roadmap, charting out content through 2022 and even into 2023. 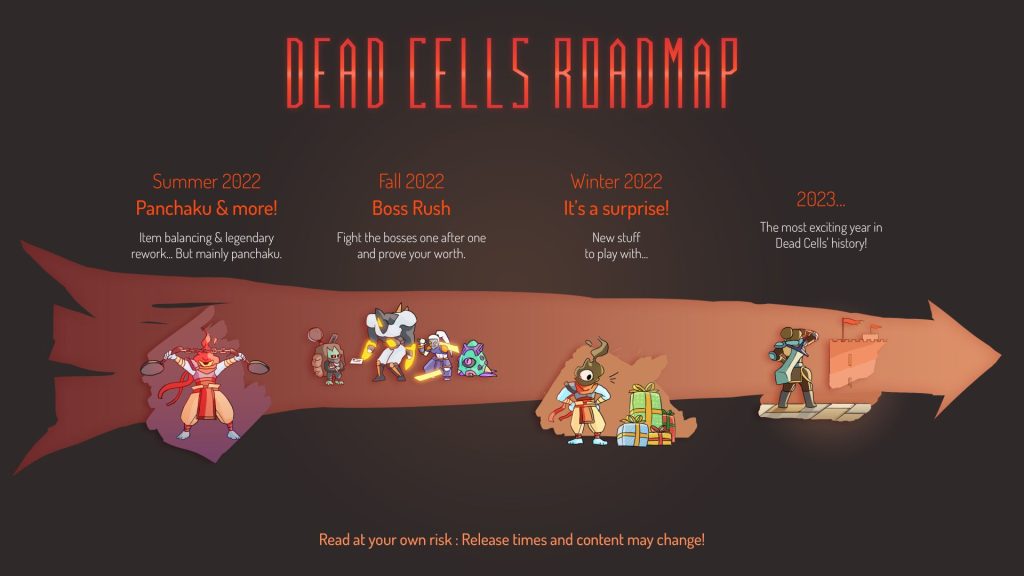 Hot on the heels of the release of update 30 for Dead Cells, studio Motion Twin has announced a new roadmap for the game for the rest of 2022, leading into 2023.

With the release of update 30, which changed item balancing, reworked the legendary weapons, and added the Panchaku weapon, the studio is now working on a Boss Rush mode for Dead Cells.

While the Boss Rush mode doesn’t have a solid release date yet, Motion Twin has stated a release window of Fall 2022. Winter 2022 will also be getting new content, but no details have been revealed. Motion Twin also promises that 2023 is going to be “the most exciting year in Dead Cells history.”

The Panchaku weapon, added in the recent update, deals critical hits to enemies in front of you, and gives you a fancy combo finisher. The studio has stated that the balancing changes aren’t yet final, and that the studio hopes to test and tune the balancing with a wider playerbase.