The game has been rated M for Mature, unsurprisingly, and its rating summary promises some crazy things in your attempt to break out of the loop. 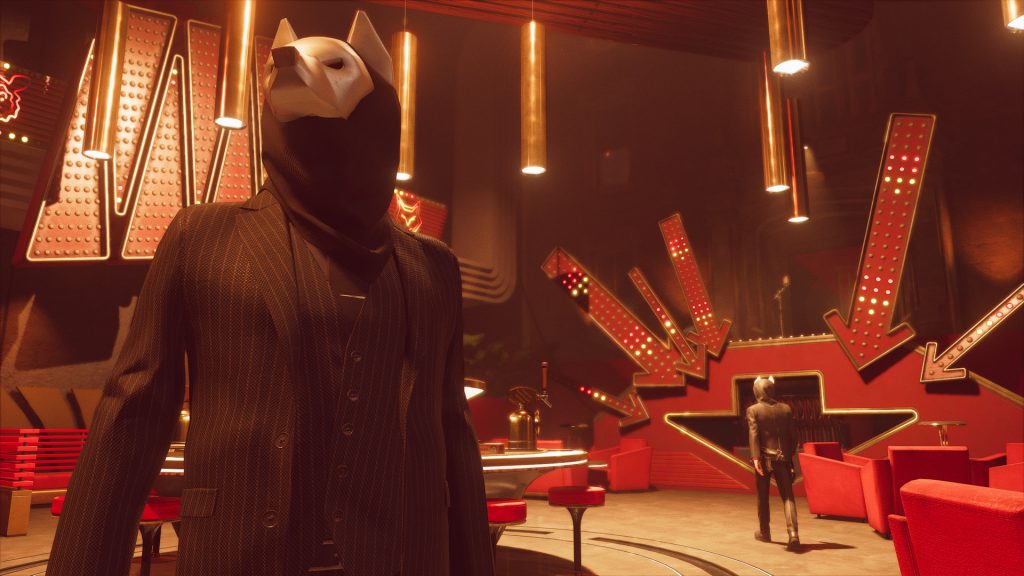 After a few high profile delays, Deathloop is launching this September. The game has been an interesting one ever since it was first revealed, and shows a lot of promise. The game has also now been rated by the ESRB, and the rating itself isn’t too surprising, even if some of the summary of said rating is… well, it sure is something.

As stated, the official rating has come down from the ESRB, which you can see in full on their website through here. The rating was Mature, as one would expect, but there is some unexpected stuff here. Seems there will be plenty of violence, which is par the course obviously, as well as some type of drug use implied or talked about. That probably isn’t too out there, but the statement, “Looks like an over-engineered auto-erotic asphyxiator… Also, it’s going to smoke us up. Get us high,” is something that maybe you don’t think to hear, with hints that we’re going to go to some weird places in the narrative.

“This is a first-person shooter in which players follow the story of two assassins trapped in a mysterious time loop on a fictional island. Both characters must assassinate key figures in order to break or protect the loop. Players use machetes, pistols, and sniper rifles to kill human enemies by means of stealth, melee, and ranged combat. Fighting is often frenetic, with frequent gunfire, screams of pain, explosions, and large blood-splatter effects. Some weapons/attacks can decapitate or dismember enemies. Cutscenes depict further instances of intense violence: players’ character stabbed repeatedly in first-person; characters shot in the head at close range. During one sequence, a character is seen in a room while sexual moaning sounds are heard. Characters sometimes reference drugs (e.g., uppers, downers) and getting/being high on fictional drugs (e.g., “Looks like an over-engineered auto-erotic asphyxiator…Also, it’s going to smoke us up. Get us high.”). The words “f**k,” “c*nt,” and “sh*t” appear in the game.”

Deathloop is set to release on September 14th for PlayStation 5 and PC. You can check out the contents for pre-orders and the Deluxe Edition through here. While nothing official has been announced about Xbox versions, it has been confirmed the game’s exclusivity window for consoles will be a year.