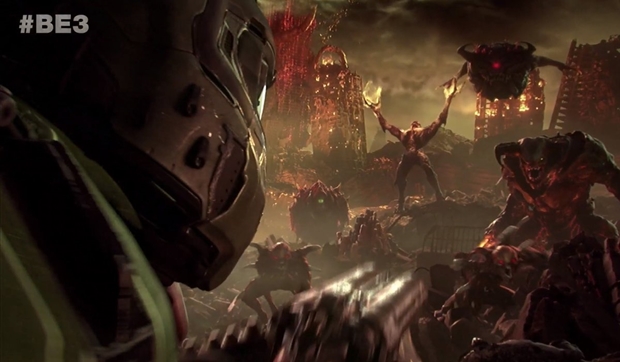 At their E3 2018 show, Bethesda teased us with a stunning trailer for DOOM Eternal, promising more at their own event later on. Now that QuakeCon 2018 will soon be upon us, we now know exactly when they’re going to rip and tear off the veil of mystery surrounding the anticipated sequel to the best shooter of 2016. Oh, and there’s some panels for lesser games too, like Fallout 76.

The schedule reveal announces that DOOM Eternal’s promised gameplay reveal happens first thing on August 10th, 11AM CT with the keynote address. The keynote will specifically feature information about updates for Quake Champions, RAGE 2, and The Elder Scrolls Online, before climaxing with the gameplay reveal of DOOM Eternal courtesy of Marty Stratton and Hugo Martin from developers id Software.

The next day at the same time, Todd Howard and several other key development members from Bethesda Game Studios will host a panel on the upcoming Fallout 76, including a Q&A session with the fans. Further panels have been promised to cover DOOM Eternal, RAGE 2, Prey and Quake Champions, though these were not detailed further.

Different E-sports tournaments will happen through the event for The Elder Scrolls: Legends and, of course, Quake Champions, between August 9th and August 12th. More information can be found on the website for the event here, including the specific Twitch links you’ll need to catch streams for the different events.