Includes a pink and white magical unicorn with wings. 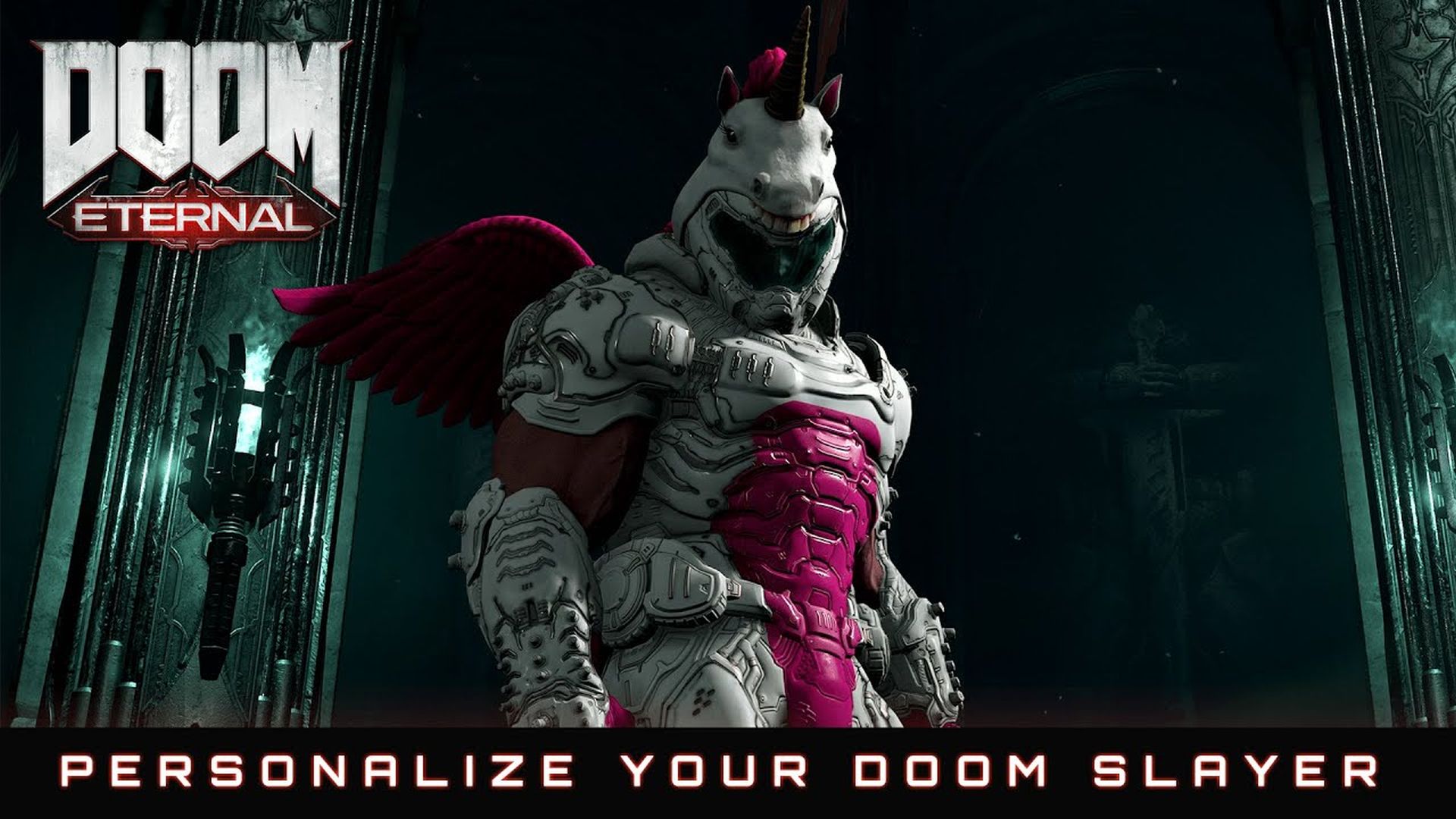 For every decision and gameplay choice that id Software has made with DOOM Eternal, there’s one thing or the other that baffles us. The recent TV commercial with no gore or Mick Gordon music is one example. The new “Personalize Your Slayer” trailer is another, featuring a number of different outfits the Doom Slayer can unlock. One of those is a magical unicorn – see for yourself below.

To be fair, this skin seems to be a Twitch Prime exclusive drop. It could eventually be added to the game if the memes are strong enough. Otherwise, the other skins look spot-on. There’s a Marauder-like skin, a classic Doom Marine outfit, solid gold armor, and so on. It looks like players will be busy replaying the title and unlocking it all, especially since everything is earned in-game.

DOOM Eternal launches on March 20th for Xbox One, PS4, PC and Google Stadia. Head here to learn more about weapon mods and how to exploit enemy weaknesses for the same. You can also check out Master Levels here which are essentially remixed campaign levels with different enemies.