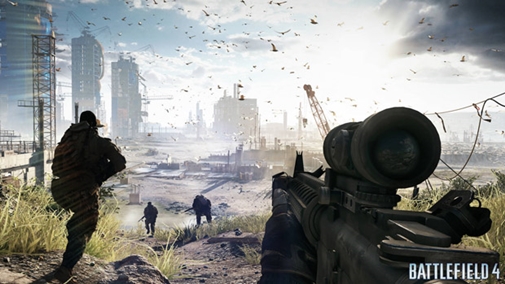 Frank Gibeau, Electronic Arts president has spoken to IGN about how Battlefield is unique compared to other first-person shooters on the market, despite the fact that Call of Duty has a higher success.

“There’s no other shooter on the market that does what Battlefield does. The mix of vehicles and infantry combat with fully destructible environments in very large levels, nobody matches that. Until they do, we have a unique position, and I think we have a great position. From Bad Company to Bad Company 2 to Battlefield 3, we’ve grown that business from 3 million units to 18 million plus. The quality has gotten better. The technology has gotten better. We’ve done new things with the experience. We don’t feel like we’ve reached a barrier that says, ‘oh, we’re out of ideas to innovate.’ I think the idea that in real time, you knock a skyscraper down right into the middle of the level, it completely changes the whole game. You can imagine. And be rest assured that we have more levels like that.”

Frank Gibeau continued to speak and explained how Battlefield and Frostbite 3 will be innovative in the years to come.

“Our idea is to leap ahead using gen 4 and Frostbite 3 to drive the shooter category and grow Battlefield and give fans what they want. We feel very confident that we’ll be able to continue to make better and better Battlefields. At the same time, we have a great rotation. We’ve got Battlefield. We’ve got Titanfall. We’ve got Battlefront. We feel pretty good about that mix. They all do something very different. That’s the trick. The more that these things feel the same, that’s when the category starts to fall away. I don’t see that happening yet. I think we’ve got plenty of opportunity in gen 4, with eight times the computing power of the last gen, plus all the new online features, plus a lot of things like SmartGlass integration with Commander mode, where we’re going to continue to give shooter fans and those big franchise buyers bigger and bigger experiences.”

Battlefield 4 will be shipping this holiday season for PlayStation 3, Xbox 360, PC and also for the PlayStation 4 and Xbox One once the new hardware has launched.

Let us know if you’re excited to play Battlefield 4 later this year in the comments below.