Examining the Potential Impact of Xbox’s Acquisition of Activision Blizzard

Xbox has announced the acquisition of Activision Blizzard in a massive deal- and it could be significantly impactful in a number of ways.

Last year, Microsoft completed the acquisition of ZeniMax, the parent company of Bethesda and all of its studios. Development teams such as Bethesda Game Studios, id Software, MachineGames, Tango Gameworks, and Arkane Studios became first party Xbox teams, while Microsoft expanded its roster of IP with major additions like The Elder Scrolls, Fallout, DOOM, Wolfenstein, The Evil Within, Dishonored, Prey, and many others. The deal was worth $7.5 billion, and at the time, it was hard to imagine something else happening in the near future that could come close to it in terms of scale and widespread impact.

Recently, Microsoft announced that it’s acquiring Activision Blizzard, bringing Blizzard Entertainment, Infinity Ward, Treyarch, Sledgehammer Games, Raven Software, Toys for Bob, and a number of other studios into the Xbox Game Studios lineup, and adding the likes of Call of Duty, Overwatch, Diablo, Warcraft, StarCraft, Crash Bandicoot, Spyro, Tony Hawk, Guitar Hero, and many others to its roster of first party IP. It’s a deal worth a whopping $68.7 billion- that’s more than nine times what they paid for ZeniMax Media in what was already a stupidly massive deal. Recently, Take-Two Interactive also surpassed that number with the acquisition of Zynga, but even that was completed for what in comparison looks like a measly $12.7 billion. In fiscal year 2020-21, all of Sony’s net equity, at $50.83 billion, was several billion short of the figure Microsoft is paying for Activision Blizzard.

Unsurprisingly for a deal this massive, there’s a lot to unpack here- and that goes beyond just the price, which in and of itself is a massive point of discussion. The question that pops up first and foremost is one that, given the context of the last few months and what they’ve meant for Activision Blizzard, cannot be ignored. The company has been caught in a number of controversies, with multiple reports having brought to light its long-standing and widespread culture of toxicity, abuse, and harassment. Many issues have reportedly gone to the very top, with fingers having been pointed at Activision Blizzard CEO Bobby Kotick having as well.

Thousands of employees and shareholders have demanded the resignation of Kotick, but Activision Blizzard’s board hasn’t budged, though some reports have claimed that Kotick might consider resigning if he cannot bring about swift and necessary changes to address the company’s many issues. While Activision Blizzard has been taking steps to make changes, from disciplining and firing transgressors to establishing what’s been called a “workplace responsibility committee”, a large number of people remain unsatisfied. For all of these reasons (and others, such as the sudden dismissal of Raven Software’s QA staff), a large number of Activision Blizzard employees has come together and started taking the first steps to unionization.

Given all of this, it’s clear that what was already a complicated situation at Activision Blizzard might just become even more so- but perhaps not necessarily for the worse. Under new management and leadership, the company might be able to fast-track the changes it’s attempting to make to its culture. A lot of that, of course, depends on what the situation will be for some of Activision Blizzard’s current bigwigs. For instance, will Bobby Kotick be let go once the deal is finalized? Microsoft has said that he will remain the CEO until the ink is dry, which should be in fiscal year 2023, following which Activision Blizzard at large will report to Phil Spencer as CEO of Microsoft Gaming- but will Kotick stick around, or will he leave entirely? Reports suggest it’s going to be the latter– but of course, Microsoft and Activision legally can’t say anything about what’s going to happen after the deal is finalized until that’s actually happened. So there’s going to be a few months of uncertainty ahead on that front, it seems.

Meanwhile, other aspects of the culture at Activision Blizzard at large could change as well. Currently, pretty much every studio at that company is working on Call of Duty in some form or another. They’re all collectively feeding the CoD machine, which means a number of beloved franchises are being wasted on the sidelines, including the likes of Crash Bandicoot, Spyro, Tony Hawk’s Pro Skater, and others, while Blizzard has clearly been struggling with its output as well. Microsoft, on the other hand, has proven over the last couple of years that it’s looking for a diverse output from its studios- so perhaps under Xbox leadership, Activision Blizzard studios could be allowed to branch out and work on new and different things.

Then there’s the other big question- how’s Microsoft going to handle exclusivity for future games released by Activision Blizzard? This is a situation we’ve been in before. In the months between Microsoft announcing its acquisition of Bethesda and the deal being finalized, there were many who wondered whether they would be willing to lose out on significant revenue and software sales by choosing not to release major Bethesda titles on PlayStation platforms, especially when some of those names included multimillion sellers like The Elder Scrolls and Fallout. Back then, Microsoft said that exclusivity of Bethesda titles would be decided on a case-by-case basis, and that they didn’t intend to just pull all Bethesda content from PlayStation and Nintendo audiences. Even Bethesda’s Todd Howard said that it would be hard to imagine Starfield or The Elder Scrolls 6 not releasing on PlayStation.

Since the deal was completed though, it’s become clear that Microsoft’s stance is much more Xbox-focused than some had guessed it would be. It’s been made abundantly clear that the main purpose of the Bethesda acquisition was to bolster Game Pass and any platform that the service was available on- which, of course, doesn’t include PlayStation and Nintendo. While what was a relatively small-scale release in Quake did make it to PlayStation and Switch, major upcoming Bethesda titles like Redfall and Starfield are going to launch only for Xbox Series X/S and PC. And even though Xbox boss Phil Spencer has said that Microsoft doesn’t intend to “pull communities away from PlayStation” following the Activision acquisition, it’s very likely that they’re going to take the Bethesda approach here as well- which is what reports are currently suggesting, too.

And that makes sense. They didn’t spend $7.5 billion on Bethesda to keep publishing big games on PlayStation, and they definitely haven’t spent $69 billion on Activision Blizzard to do that. While there isn’t going to be complete clarity on this front until the acquisition gets finalized, it’s easy to guess at what the situation is going to look like. For starters, Microsoft is most likely going to honour the announcements that have already been made for upcoming Activision games, and release them as multiplatform titles if they have previously been confirmed as such. Of late, Microsoft-owned studios have brought Psychonauts 2 to PS4, Deathloop exclusively to PS5, and will be bringing GhostWire: Tokyo exclusively to PS5 as well, and that’s happened because those announcements had already been made before those acquisitions were finalized. If the Activision acquisition follows a similar path, we’re likely still going to see Diablo 4 on PlayStation, and Overwatch 2 on PlayStation and Switch, whenever those come out. Meanwhile, Call of Duty: Warzone isn’t suddenly going to be taken off PS4 and PS5 either.

That said, it wouldn’t be surprising in the slightest if Microsoft decides that all future premium yearly Call of Duty releases will be on Xbox and PC only. Any major new Activision Blizzard games that get announced following the deal being closed are probably not going to release on anything other than Game Pass and all the platforms it’s on, which includes PC, Xbox consoles, and Xbox Cloud Gaming. On the PC front, we’re likely going to see Activision Blizzard games finally releasing on Steam, given the fact that Microsoft has been bringing a large number of its Xbox Game Studios titles over to Valve’s platform. Meanwhile, the Activision’s continued and ever-expanding focus on the mobile market is also going to fit in nicely with Microsoft’s approach, especially where cloud gaming is concerned.

If Call of Duty does indeed become exclusive to Xbox though, that would be a huge blow for PlayStation- there’s just no getting around that. Year over year, Call of Duty games have been the best-selling games on PlayStation, PS4 in particular. Sony also gets a cut of the ridiculous amounts of revenue they generate from digital sales and microtransactions, while there’s also the fact that there is a decent chunk of the PlayStation audience out there primarily buy PS4s or PS5s to play Call of Duty. To lose all of that in one go will make a big dent.

Which, of course, leads us to the next big question- once again bringing us to the topic of consolidation, which has been a major point of debate in the industry for a while, thanks in large part to Microsoft’s acquisition of Bethesda. And, well, now this. Microsoft isn’t, of course, the only company making acquisitions right now- it seems a large number of publishers in the industry have been on spending sprees of late, including Sony. But with Bethesda and now with Activision, Microsoft has snatched up two major third party multiplatform publishers, essentially taking them away from competitors almost entirely. 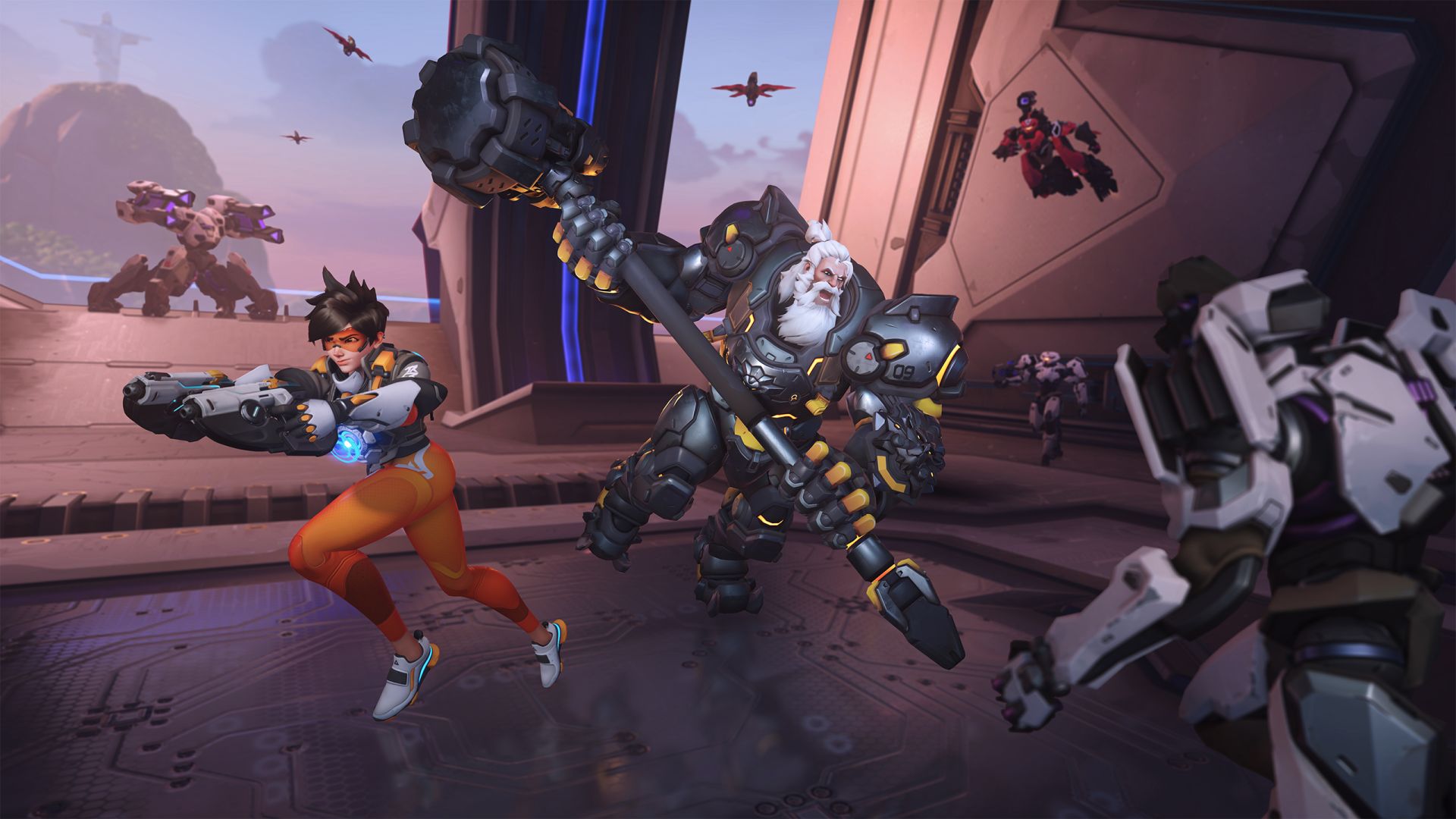 Acquisitions of a smaller scale – such as Insomniac Games with PlayStation, Ninja Theory with Xbox, or even Next Level Games with Nintendo – generally have more pros than cons. Smaller, individual teams are flooded with more resources and financial backing, and in many cases, are encouraged to retain their individual culture. But when entire third party publishers are being bought up wholesale- well, that’s an entirely different situation. At this point, one can’t help but look over to the likes of EA, Ubisoft, Take-Two Interactive, and Square Enix and wonder if any of them are being eyed by some of the big spenders in the industry right now as well.

One way or another, it cannot be denied that this acquisition is one of the most fascinating things that’s ever happened in the industry. There’s a whole lot to unpack in a deal as massive as this one, and it remains to be seen how it will impact not only Activision Blizzard and Xbox, but also others in the industry, such as PlayStation. One has to assume that with Activision content also joining Game Pass at launch in the future, the subscription service – which already boasts 25 million subscribers – is going to enjoy continued rapid growth. At this point though, it seems like even that’s going to be just one small facet of the widespread impact that this acquisition is going to have.