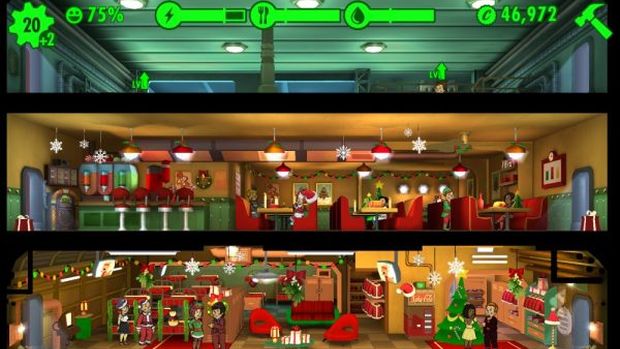 Despite launching in 2015 and sort of playing second fiddle to the announcement of Fallout 4, Bethesda’s free to play Fallout Shelter has still been going strong. Even though all updates and changes have been made free, the company is making some pretty good money off of microtransactions.

In a new report by SensorTower, it’s been revealed that Fallout Shelter has earned $93 million from its Lunch Boxes and other items. This is on iOS and Google Play, with the game also available on Xbox One, PC, PS4, and Nintendo Switch. You can bet that the estimated amount of revenue across all platforms is much higher.

It was also revealed that $212,000 revenue was earned from microtransactions on June 15th 2018, surpassing the previous record (roughly $237,000 on September 14th 2015). Google Play users account for 51 percent of revenue, while iOS accounts for 49 percent (obviously). Interestingly, 59 percent of revenue has come from the United States, indicating the title’s staying power even with numerous other high profile releases having comes since its own launch.