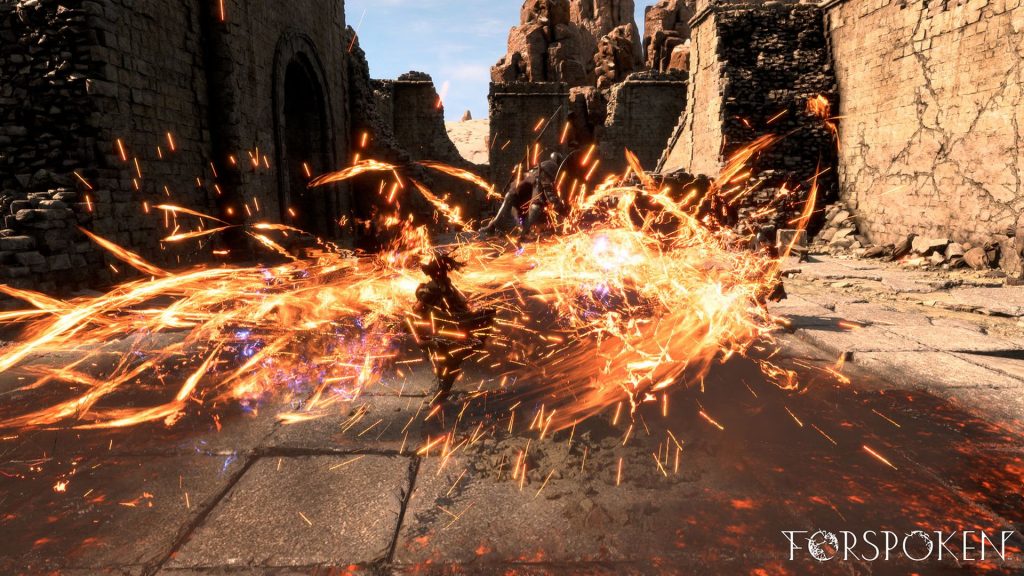 We’ve seen and learned plenty about Square Enix’s upcoming open world action RPG Forspoken over the last couple of weeks, from details on its spells and how they’ll function in combat, to gameplay footage of those spells in action, and more. Now, as part of its ongoing excusive Forspoken coverage, Game Informer has uploaded another gameplay video of the game.

The focus in this video is very much on the enemies you’ll encounter in Forspoken. There’s several different kinds of fantastical creatures and even people that players will take on in combat, with every enemy variety having multiple tiers depending on how corrupted they are. Of course, plenty of combat is also shown off, as well as a decent chunk of a mini-boss- the Pitiless Arbiter in Tanta Prav, who we recently got some details on. You can check out the video below.

Forspoken was due out this May, but was recently delayed to October 11. It will release for PS5 and PC.