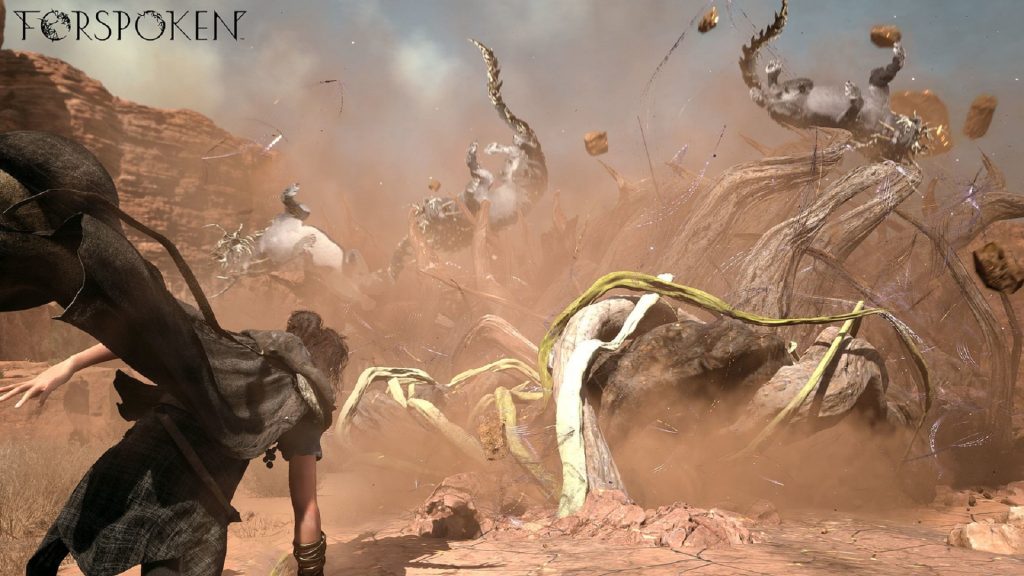 Luminous Productions’ Forspoken will be receiving plenty of new gameplay and details in the coming days, courtesy of being Game Informer’s cover story this month. Along with yesterday’s trailer showcasing some new spells (like a sick homage to Final Fantasy’s “Jump” action), the publication has released another trailer which features even more magic. Check it out below.

Spells are essentially divided into three categories. The first is your standard damage-dealing spells like Shot, Slice and Bolt. The second consists of support spells like Bind, Prime and Charge, thus freezing enemies, dealing AoE damage and so on. One spell sees Frey kicking an enemy who then explodes for massive damage. Another spell essentially summons fire clones that will then attack foes.

The third category of magic is essentially your ultimate. It can deal a large amount of damage in a wide area but needs some time to recharge after use. Along with magic, Frey also has some fairly smooth looking movement abilities which can help dodge enemy attacks.

Forspoken is slated to release on October 11th for PS5 and PC. Stay tuned for more details in the coming months.