Once a just ruler, the Tanta of Justice is now an executioner who doles out punishment based on her own twisted judgment. 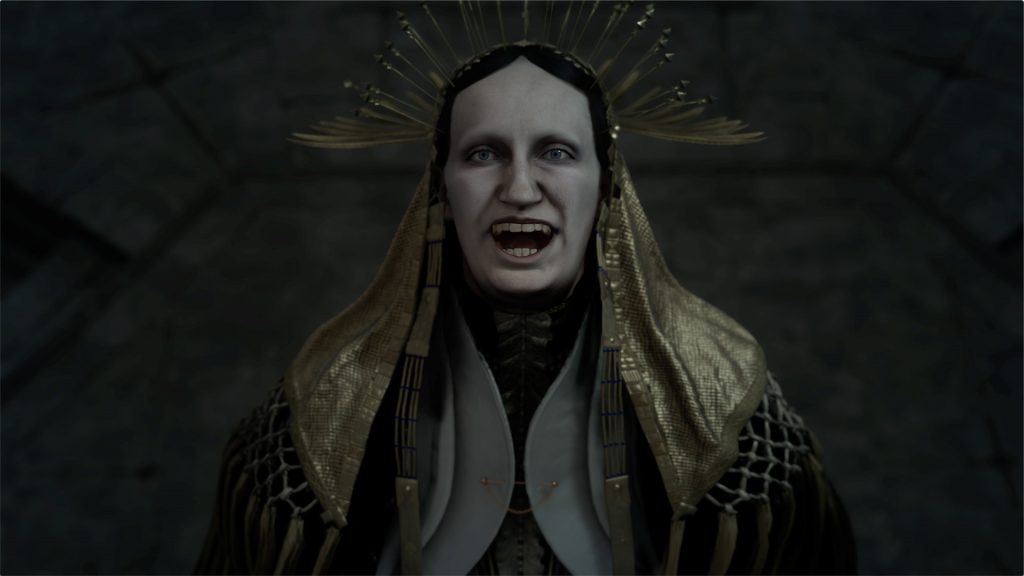 Along with revealing the release date for Forspoken, Luminous Productions’ latest trailer offered some new details on what’s going on in Athia. A strange blight called the Break is spreading through the lands and corrupting everything it touches. While protagonist Frey is immune to the same, she does go up against an overwhelming force in the Tantas.

Previously the rules of Athia before suddenly turning hostile, the Tantas each have unique strengths. We know about Tanta Sila but a new Tanta was revealed in the recent trailer. Creatrive producer Raio Mitsuno confirmed this to be Tanta Prav, played by Pollyanna McIntosh of The Walking Dead fame. As the “Tanta of Justice”, she’s gone from one who doles out justice to a cruel executioner.

A lot of work went into designing the Tantas with art director Yuuki Matsuzawa playing a key role since the beginning. Since Tanta Prav is all about suppressing people, her outfit is blue in contrast to Tanta Sila (who uses brute force). However as creative producer Raio Mitsuno notes in both cases, “It was important to the art team that both Tantas sport dresses with unique lines and elegant decorations that are more modern than traditional medieval European attire, bringing in that mix of modern and fantasy elements that run throughout the entire game.

“Gold ornamentation is present in both Tantas’ costumes, which represents their magical properties. Because they’re two major boss characters, their very essences and virtues are also woven deep in their actions and the types of magic they use.” Despite being very powerful though, they’re not godlike as seen with Tanta Sila taking issue with Frey trespassing on her terrain. Though Tanta Prav’s combat prowess has yet to be revealed, it seems that animator Kiyoka Hatakeyama used figure skating as “a huge source of inspiration for creating her animations.”

Forspoken is slated to release on May 24th 2022 for PS5 and PC. It will be a two year timed exclusive to Sony’s console.