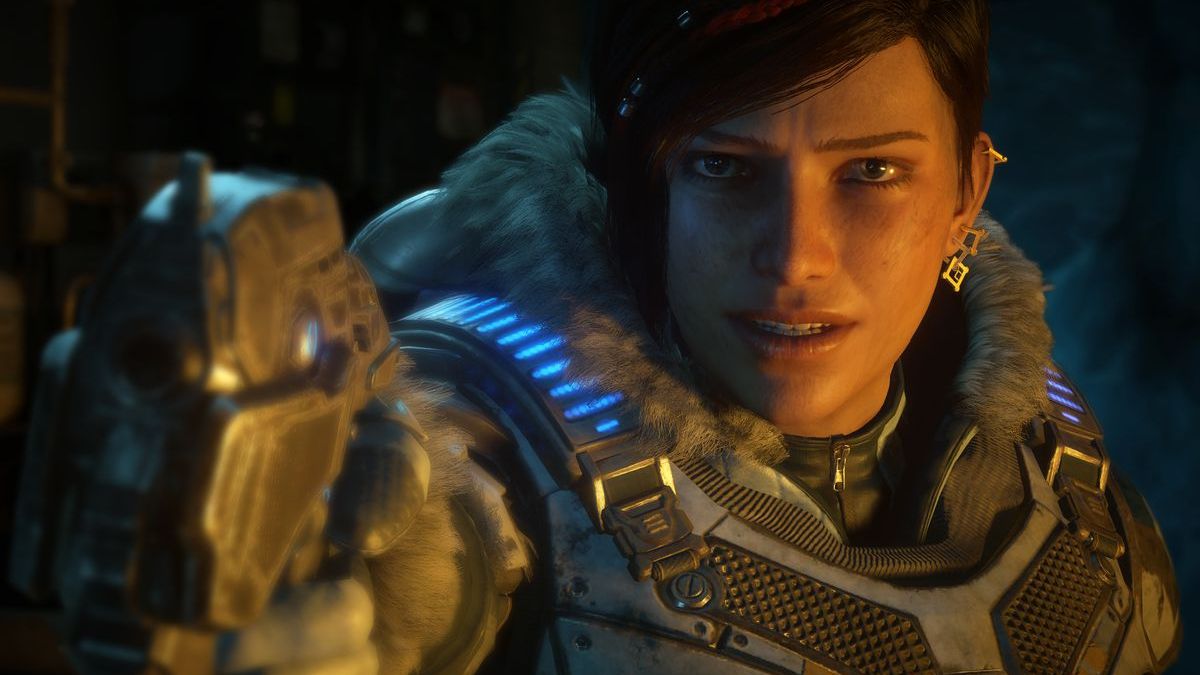 The Coalition’s Gears 5 is taking a lot of interesting steps for the established franchise, introducing “dramatic contrast” in its world design, among other things. One of the bigger changes is having Kait as the protagonist. Introduced in Gears of War 4, she was JD Fenix’s squad-mate and love interest. However, in the sequel, she’s striking out with Del and Marcus Fenix to uncover the truth about her origins.

What motivated the decision to have Kait as the protagonist this time around? During an interview at Microsoft’s recent X018 fan fest, The Coalition studio manager Rod Fergusson said that the story of Gears 5, not unlike the previous title, is “organically” Kait’s. “It was a really natural decision,” said Fergusson.

“When we looked at the story for Gears 5, we were sort of delving into Kait’s past and her history, her family ties to the locusts, we felt like that’s a better story to not just witness but tell from her perspective. Organically we realized Gears 5 is Kait’s story again, so let’s play it from her perspective.”

Fergusson also spoke briefly about Gears Tactics, the turn-based strategy game that’s being developed along with Splash Damage. We haven’t heard much about the project since its E3 2018 reveal, but Fergusson revealed that development was in full swing. “We’re right in the heart of the development for Gears Tactics. One of the things we’re focusing right now is ‘PC first’, we’re really trying to make sure it’s true to what a PC experience has to be.

“What’s really funny is that when you take the gameplay and make it turn-based strategy, the dependency on your squad and cover feels like it’s Gears of War at its essence of that brotherhood and tactics, that’s what it’s really about.” Gears Tactics is currently slated to release in 2019 and will be coming to Windows 10 PCs.

As for Gears 5, it will arrive in 2019 for Xbox One and Windows 10 PCs. Just like with Gears of War 4, Xbox Play Anywhere will be supported, so purchasing the digital version on Xbox One will provide a free digital copy for PC (and vice versa).