Called the Mark System, it will allow players to "mark a spot in the world that lets their teammates know vital information." 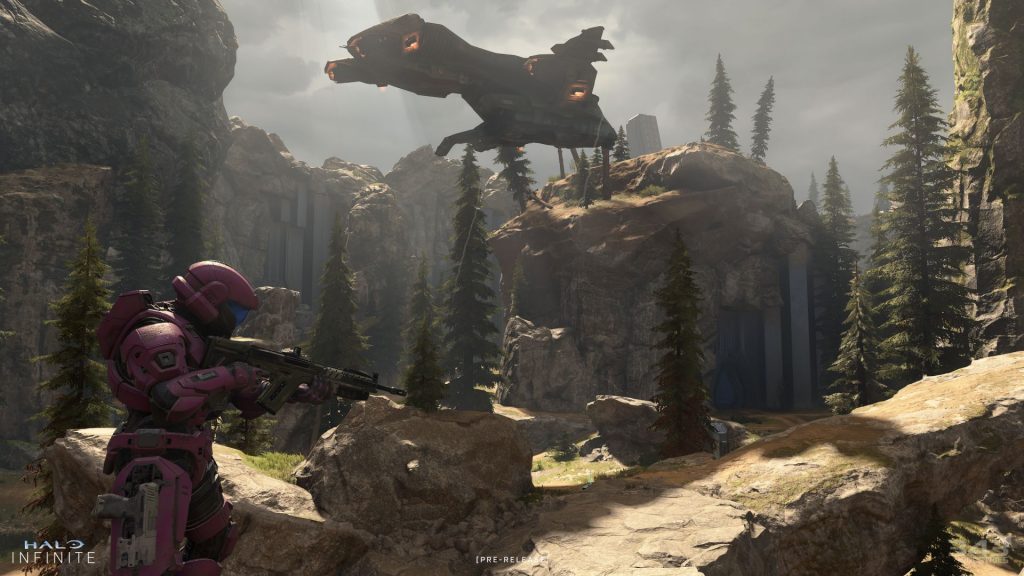 Marking objects, enemies, or other points of interests in a multiplayer game for your teammates to see might seem like a simple thing, but it’s been surprisingly underutilized. With its popularization in Apex Legends, though, it’s been brought to the attention of most developers in the industry, and we’ve been seeing pinging systems being implemented in a wide variety of games, from Borderlands 3 to Call of Duty: Warzone.

Another upcoming game that’s going to feature a pinging system is Halo Infinite. Called the Mark System in the shooter’s free-to-play multiplayer component, it will, as described by lead multiplayer designer Andrew Witts on developer 343 Industries website, allow players to “mark a spot in the world that lets their teammates know vital information, like an enemy position or weapon location.”

We’ve learned a great many things about Halo Infinite’s multiplayer in the last few weeks, from its unique battle passes, the inclusion of bots in custom games, and the return of forge to its seasonal post-launch support, live storytelling, and much more. Technical previews for the multiplayer are also currently planned.

Halo Infinite is due out this Holiday for Xbox Series X/S, Xbox One, and PC. Microsoft and 343 Industries seem confident of hitting that planned launch window. Reports suggest that the game is going to launch in mid-November.