343 Industries’ next big project is Halo Infinite, running on the new Slipspace engine and looking very appealing in its E3 2018 appearance. While there’s a whole lot we don’t know about the game currently – aside from the focus on Master Chief – it may be missing one crucial aspect of Microsoft’s exclusives: Xbox Play Anywhere.

Over on the official Xbox.com page, Halo Infinite is listed for Windows 10 and Xbox One release. It will support 4K Ultra HD, HDR as Xbox One X Enhancements, but Xbox Play Anywhere is conspicuously absent. Upcoming releases like Gears 5 and Forza Horizon 4 have Xbox Play Anywhere support listed, so this omission for Microsoft’s flagship franchise is a little odd. Given that Halo Infinite is a long way off, it’s possible that Microsoft will update the specifics on the same.

Xbox Play Anywhere was announced in 2016 as an initiative for Xbox One players to continue progress in the Windows 10 version of the same game. Those who digitally purchase a game for either Xbox One or Windows 10 will receive the other version, completely free. 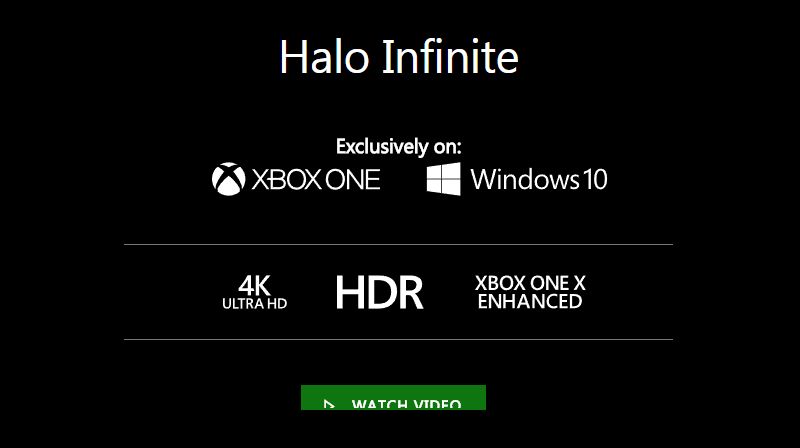