The Digital Deluxe Edition includes the PS4 and PS5 versions, Elite items, the digital soundtrack and art book, and more for $80.

Guerrilla Games’ Horizon Forbidden West can now be pre-ordered for PS4 and PS5. A new trailer has been released, featuring scenes from the title’s last major gameplay reveal – check it out below. The PS5 version costs $70 while the PS4 version retails for $60.

There are two editions available to pre-order – Standard, which provides the base game alone and the Digital Deluxe Edition at $80. The latter offers both the PS4 and PS5 versions, a digital soundtrack and art book, digital comic book, two Carja Behemoth Elite items, two Nora Thunder Elite items, a Machine Strike piece, unlocks for Photo Mode and an a resources pack for use in-game. A Nora Legacy outfit and spear are also provided.

Interestingly, there’s no mention of an upgrade option for PS4 players to the PS5 version (like with Ghost of Tsushima Director’s Cut). It seems that in order to go from PS4 to PS5, previous gen players must purchase the Digital Deluxe Edition. Of course, there’s also the question of cross-save progression and whether progress from the PS4 version will transfer over to PS5. We’ll have to wait for more details in the meantime. 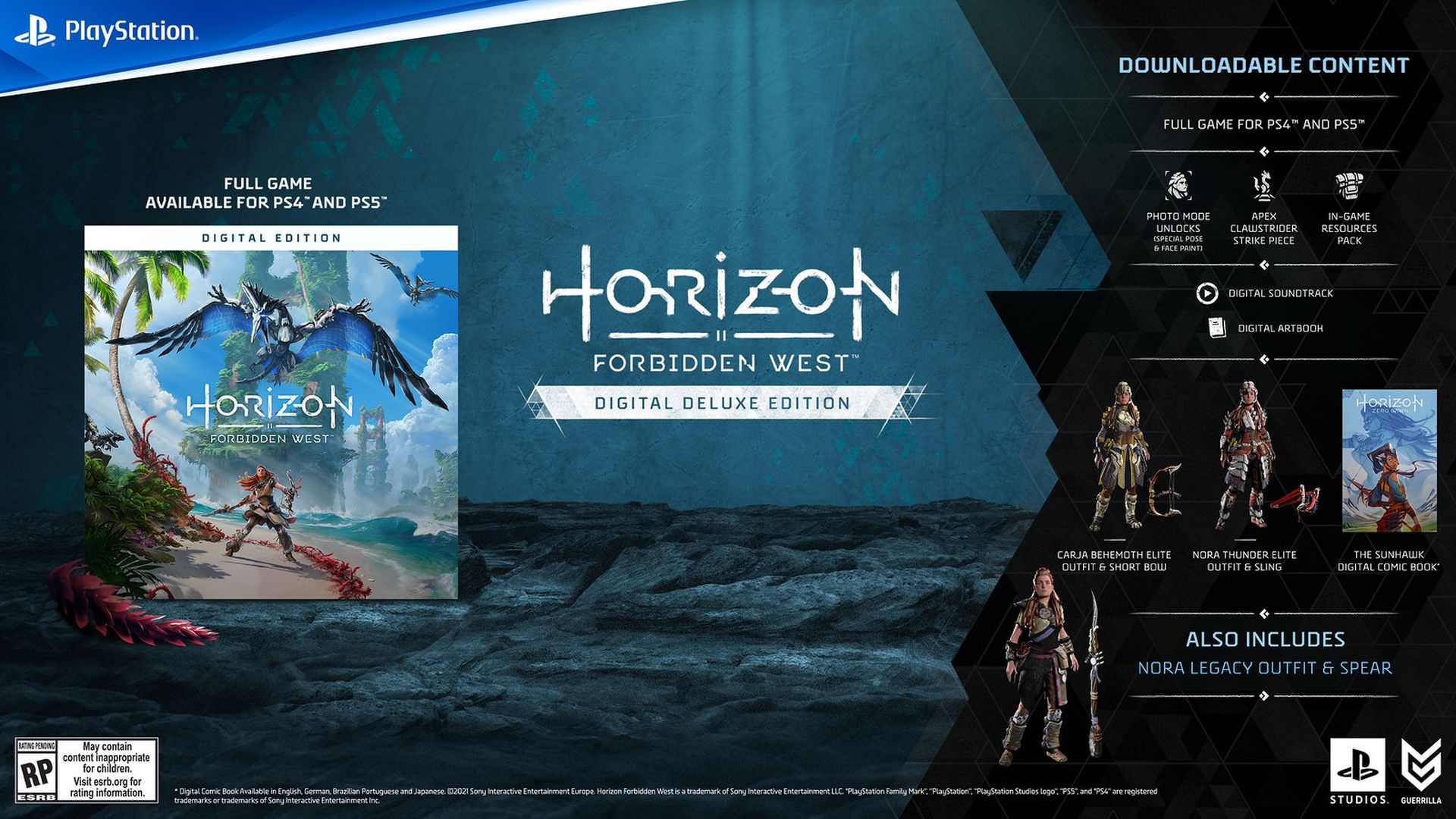