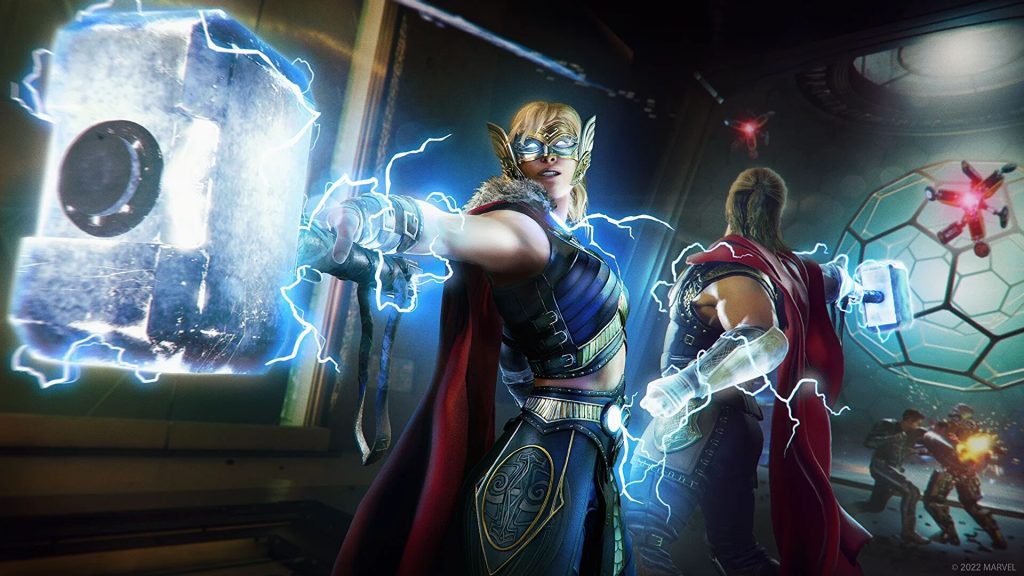 Marvel’s Avengers continues to receive support with The Mighty Thor aka Jane Foster recently added to the roster. Of course, this isn’t a “new” hero per se but an Echo character like Kate Bishop as Hawkeye. But don’t worry, remaining players – the next hero will be new, as per Crystal Dynamics design lead Brian Waggoner.

After responding to a tweet asking for War Machine to be added, one Twitter user said they would love to have a new style of hero added. Waggoner reassured them that the “Next hero is new.” He also tweeted about being excited for the future and how there are “lots of heroes to add” to the game and “lots of stories to tell.”

This is interesting because rumors indicated that She-Hulk would be the next addition to the roster (which would line up with the upcoming TV show’s release in August). Perhaps she’ll arrive slightly later than planned. Either way, it should be interesting to see who joins the roster next. Stay tuned for more details in the coming months.

So excited for the future, hope y'all are too.

Lots of heroes to add to our world.

Lots of stories to tell.

As the great one said….Excelsior.

I hear this a lot. Not gonna lie.

War Machine is my favorite Marvel Character. Has been for years and years. He was the first hero I designed on Marvel Heroes and players LOVED him.

I hold him so close to my heart that I’d love to add him, but it’s a little intimidating now. https://t.co/lTJ56ap57p

Next hero is new 😄 https://t.co/h1egooOtbR