On downloading the latest update, PS5 players discovered their IP address displayed on-screen. Patch 1.8b is now live and fixes the issue. 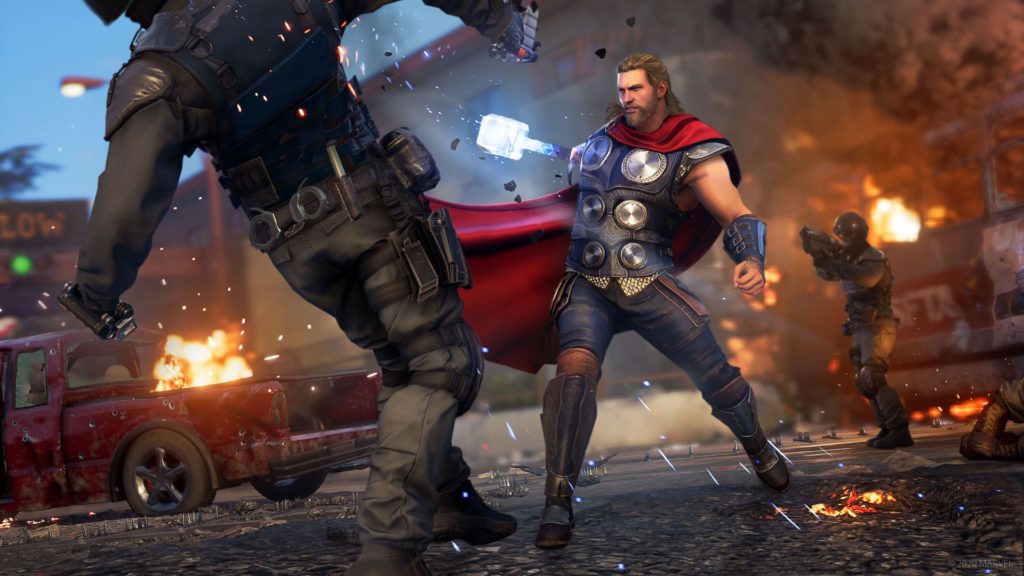 With the Cosmic Cube update going live recently for Marvel’s Avengers, there’s been some positive feedback to the boss fight with AIM’s Monica. However, it also introduced a nasty new bug that exposed the IP address of PS5 players on-screen. This was most damaging to streamers since they could potentially dox themselves.

Fortunately, Crystal Dynamics became aware of the issue and quickly released patch 1.8b. As it noted on the official Twitter account, PS5 players can now safely stream the game without any issues. Not the nicest bug to occur from a fairly big update but at least the developer was quick to fix it.

In the meantime, the development team is working towards the next set of updates including Wasteland Patrol. This adds a new Patrol mode where players can partake in Assignments and farm bosses in an open landscape. War for Wakanda, the first major story expansion for the game, will be coming in August and introduces Black Panther as a new hero along with Wakanda. Stay tuned for more details on those in the coming months.

Patch 1.8b has been published and fixes the issue that was occurring on PS5 where sensitive information was displayed on screen. PS5 players are safe to stream now.