The developer apologized for "not responding sooner to your concerns" and that it didn't initially "see them as pay-to-win." 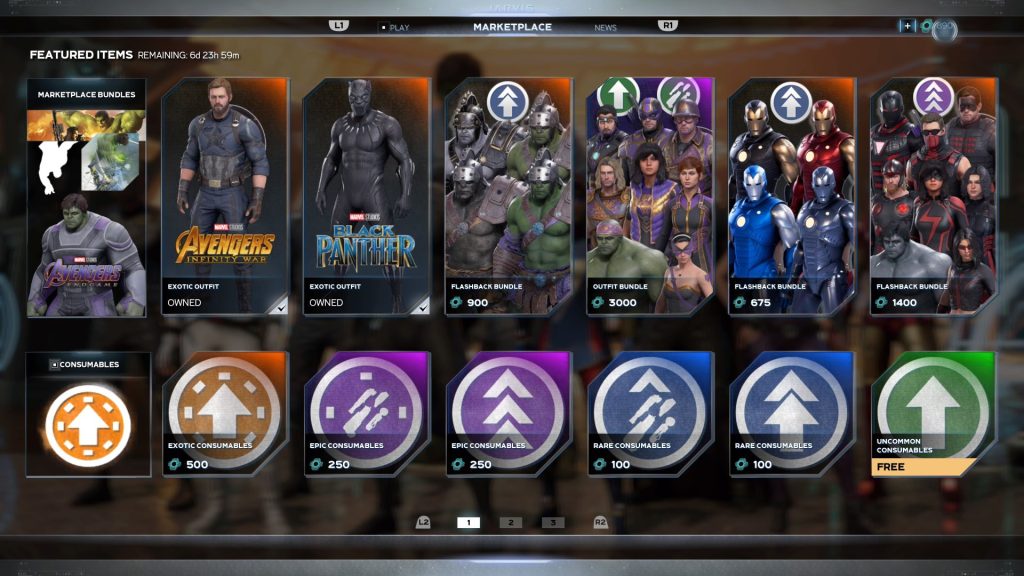 After backlash to its selling of XP and currency boosters for real money in Marvel’s Avengers, the official Twitter account has confirmed that they will be removed from the Marketplace. The developer said, “We apologize for not responding sooner to your concerns about the addition of paid consumables in the Marketplace. We introduced them as an option for an evolving player base, and did not see them as pay-to-win since they don’t offer power directly.”

Hero’s Catalysts essentially provide increased XP while Fragment Extractors can be used to earn in-game currency for upgrades. Originally, these were earnable in-game by playing regularly but the development team would begin selling them for Hero Credits, which cost real money. Given all the promises to only have cosmetic microtransactions, not to mention the increase to XP required for leveling, many players voiced their displeasure at this move.

Hero’s Catalysts and Fragment Extractors can still be obtained by simply playing the game and those who purchased any can still use them. “We hope that this can be the first step in rebuilding your confidence in us as a team,” the statement reads.

Marvel’s Avengers released in September 2020 for Xbox One, PS4, Google Stadia and PC before coming to Xbox Series X/S and PS5 earlier this year. It continues to receive mixed reactions to its updates with paid boosters only being the latest controversy. Nonetheless, the embattled live service title still has content in the pipeline, notably the addition of Spider-Man with his own event and story. Stay tuned for more details in the meantime.

We have decided that by the end of today we will remove Hero’s Catalysts and Fragment Extractors for purchase. pic.twitter.com/8am9nSstP2