March saw the ever-growing Xbox Game Pass library getting bolstered thanks to some excellent new additions– April, however, is even more exciting. Microsoft recently teased six new Game Pass announcements. Those six games have now been confirmed, and I must say, it’s a very impressive lineup of games.

The ongoing Life is Strange 2’s second episode will be aded to the service, just as the first episode was. It will be made available on April 24. Before that, however, April 11 (which is tomorrow) will see the month’s stream of games get rolling, with Arkane Studios’ incredibly Prey, and HB Studios’ golf sim, The Golf Club 2, both being added to the Game Pass catalog.

April 18 will see even more big games going live on the service. Capcom’s incredible Monster Hunter World will be made free to Game Pass subscribers, as will the third season of Telltale’s The Walking Dead series, The Walking Dead: A New Frontier – which is definitely the weakest of the four seasons, but still worth playing if you’re a fan.

On April 25, Resident Evil 5 will make its way to the Game Pass catalog- not the classic Resident Evil game we might all be thirsting for lately, but a great action title in its own right, especially if you play the entire campaign co-op with a buddy.

It’s a great lineup all in all, and at least a couple of those games will appeal to you regardless of your preferences. Here’s hoping Microsoft keeps this solid run going next month as well. 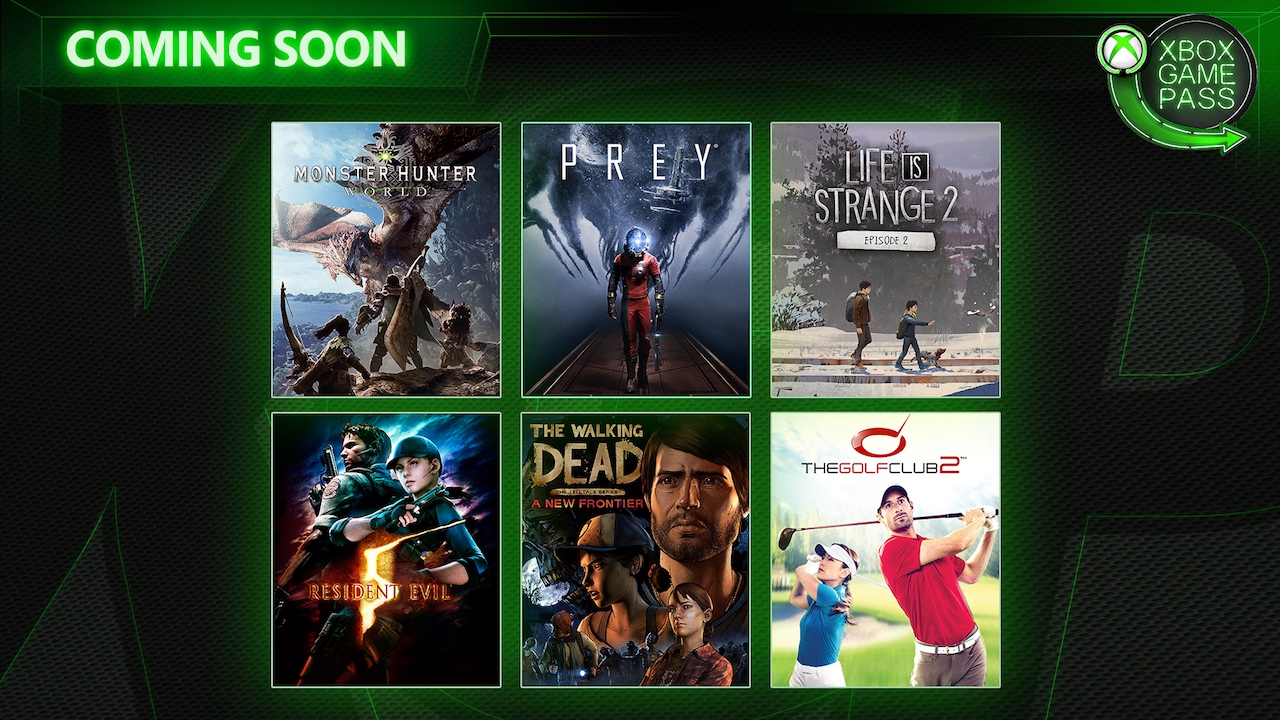