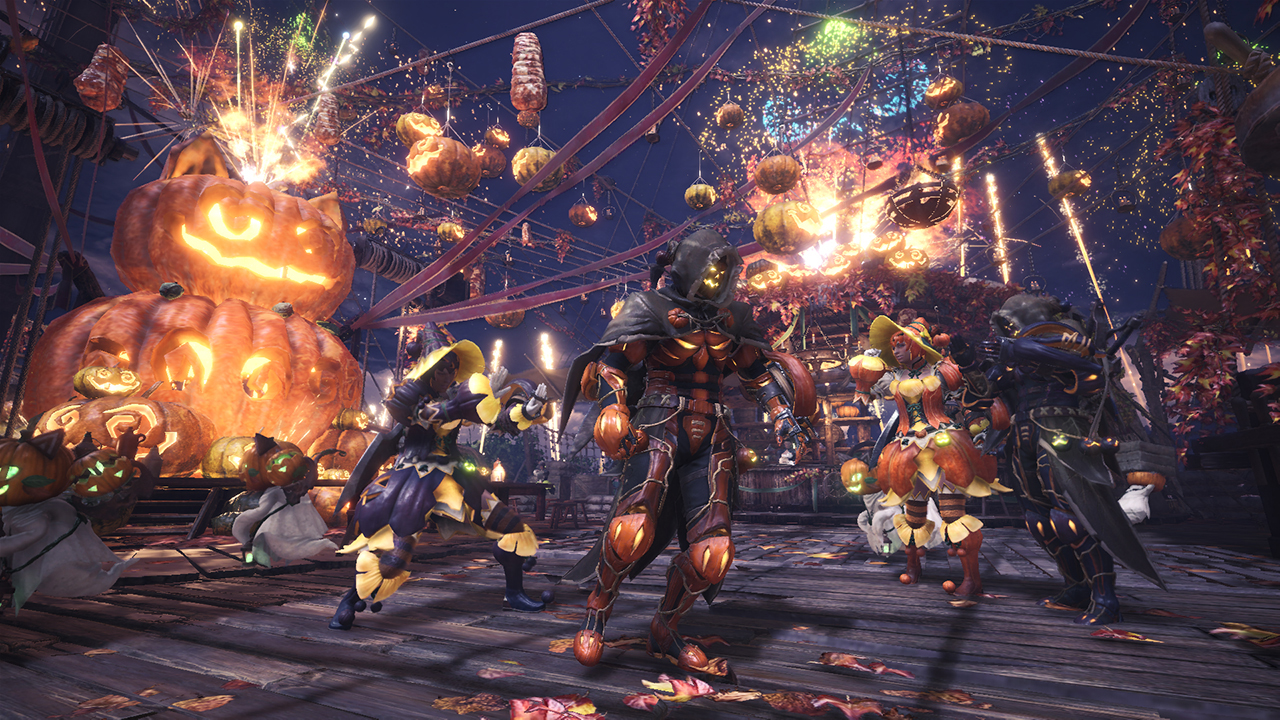 Capcom’s latest seasonal event for Monster Hunter World, the Autumn Harvest Fest, is now available on consoles. Sadly, PC players won’t be joining the fun. In the meantime, check out the trailer for the event below, which runs until October 4th.

The Autumn Harvest will feature new quests and tickets to unlock new cosmetic gear. These are Halloween-themed items, and even the Gathering Hub has been decked out with appropriately spooky ornaments (check out the canteen cats in their ghost outfits). A new weapon, which seems to be Dual Blades, is also available to earn.

However, perhaps the most appealing part of the Autumn Harvest Fest is that past event quests will be making a return. If you missed out on any Arch-Tempered Monsters like Kushala Daora, Teostra, Kirin, or Vaal Hazak, this is a good way to hop in. Essential weapons like the Wyvern Ignition “Impact” Greatsword can also be earned.