Apart from Behemoth, some core gameplay elements from Final Fantasy 14 will also be used. 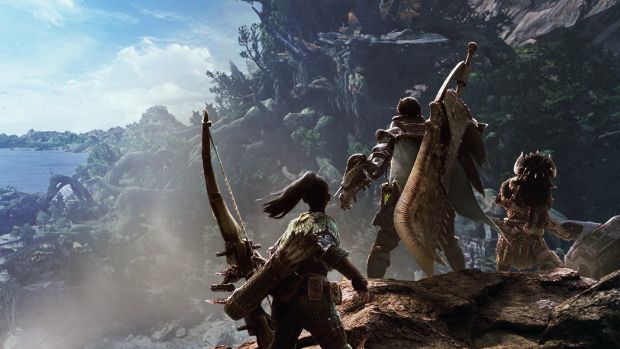 As part of an upcoming crossover event between FinalFantasy 14: A Realm Reborn and Monster Hunter World, the latter will be adding Final Fantasy’s popular summon Behemoth as a monster for players to try and defeat. Now we’ve received the first gameplay footage of players going up against the Behemoth, which was revealed at the Monster Hunter World Hunting Kanshasai Championship Finals 2018 in Japan.

It’s interesting to see that quite a few familiar mechanics from the popular MMO are present during the encounter with the monster. Players will have to draw aggro from Behemoth if they want to to try and defeat it. Drawing aggro, of course, is a mechanic found in MMO games (though not necessarily just MMOs), which is often made use of in a way to have tanks try and draw aggression of monsters so that the less tanky heroes can stay safe from harm. In the encounter with Behemoth, players will have to draw the Behemoth’s aggro away from a comet that the creature calls down. If the Behemoth gets too close to the comet, then it will unleash a very powerful attack which will instantly kill all players within a wide range.

You can check out YouTuber Arekkz Gaming dive in deeper into some of the details of this encounter with Behemoth. The Behemoth update will be coming on August 1. A new trailer for the crossover event has also recently been released. You can watch it here.