We’re talking a lot about the next generation of consoles right now, since they’re getting close (almost certainly, the PS5 and next Xbox will both release next year). While it’s exciting, those on a budget have another reason to be excited, as that means a lot of the big games from this great generation are going on a permanent discount. Today, Sony announced five new games that are coming to their PlayStation Hits line.

The line already has quite a line up, from the likes of Persona 5 and Bloodborne to Uncharted 4, The Last of Us, and many more. Sony have now announced that they are adding Horizon: Zero Dawn Complete Edition, Resident Evil 7, Nioh, Friday the 13th, and God of War 3 Remastered as well. Resident Evil and Nioh also have complete editions with DLC content, but it seems as if only the base editions are part of the Hits line.

You can check out an entire chart of the line up of games you can pick up below. If you’re on a budget, or you just happened to miss out on some of these, it’s a fantastic time, and price, to jump in. The five games announced today will go on the Hits list starting June 28th. 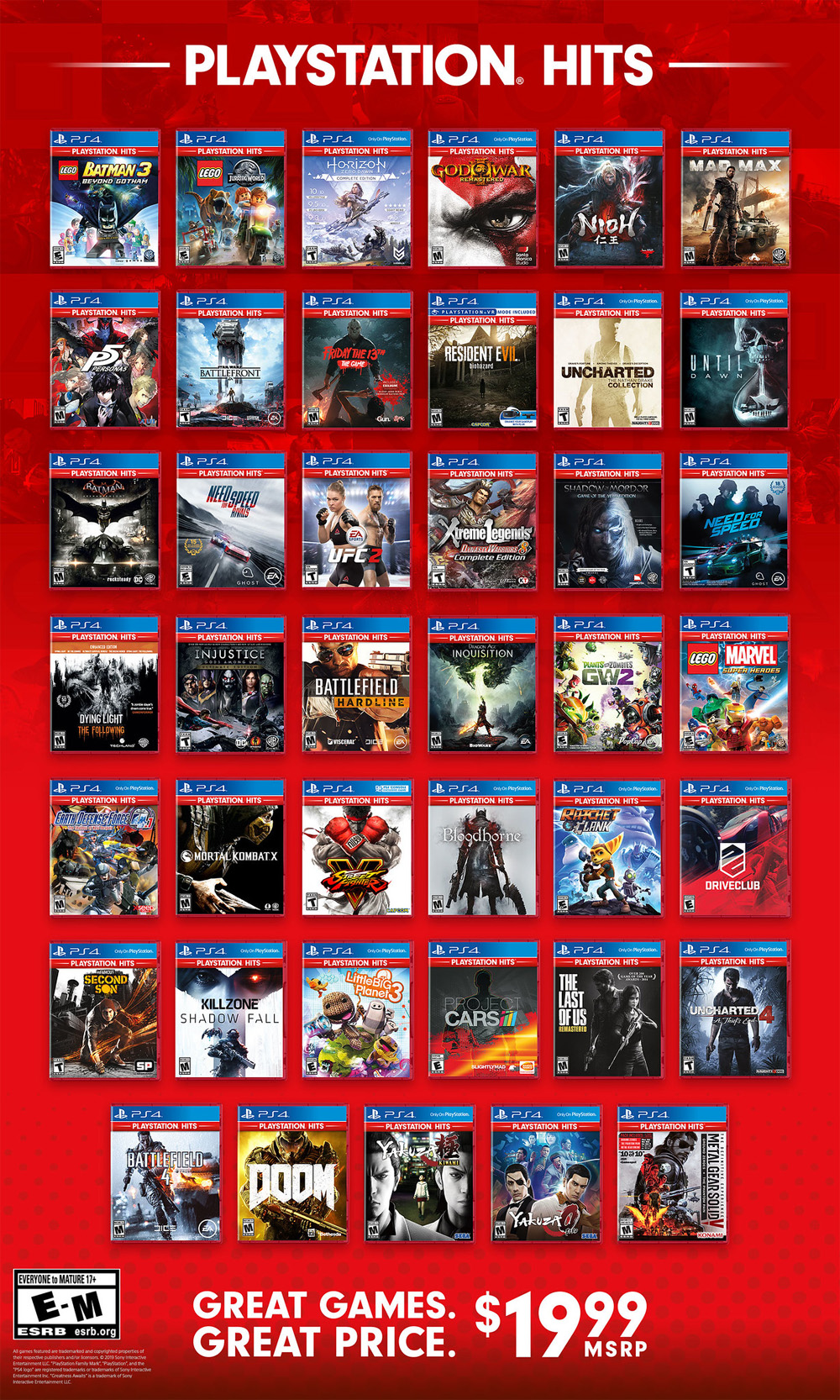