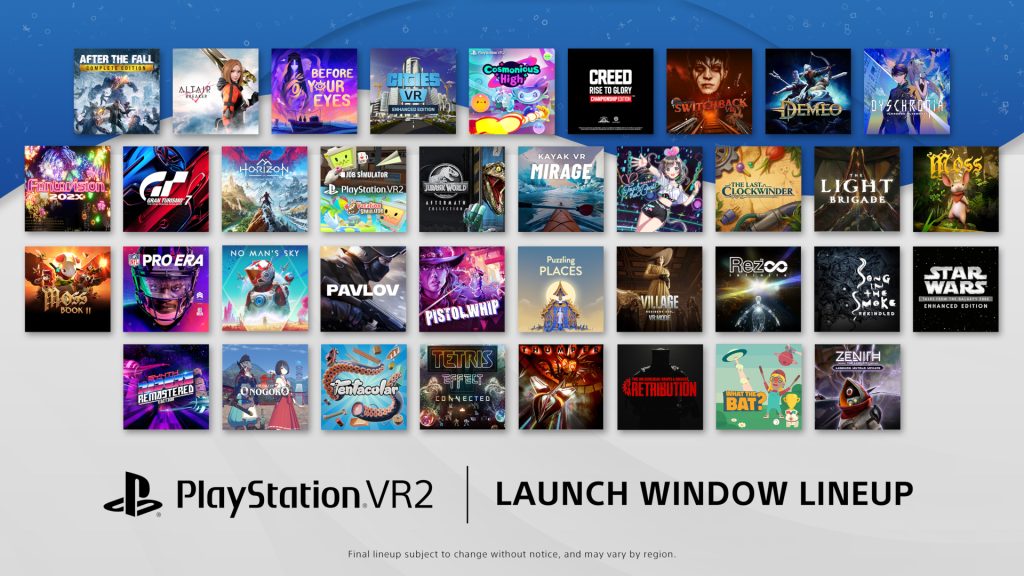 The PlayStation VR2 is launching just a little over a month from now, and as its release date draws closer, Sony continues to roll out new details on the next-gen VR headset and what users can expect from it. To that end, the company has now also unveiled the full launch window lineup for the device.

Horizon Call of the Mountain has, of course, been confirmed as a PS VR2 launch title for a while, as have the likes of Resident Evil Village, No Man’s Sky, and The Dark Pictures: Switchback VR. Meanwhile, it’s also been confirmed that Gran Turismo 7 will be available on PS VR2 upon release, and will feature (nearly) full support for the device.

Of course, it is worth pointing out that Sony is referring to these games as launch window titles, and hasn’t quite nailed down exactly how much time that window will entail. While several of these titles are confirmed to be available for the PS VR2 on the day of its release on February 22, several others will be arriving over the course of the next several months (unless they get delayed). And of course, more games could always join the list as well.