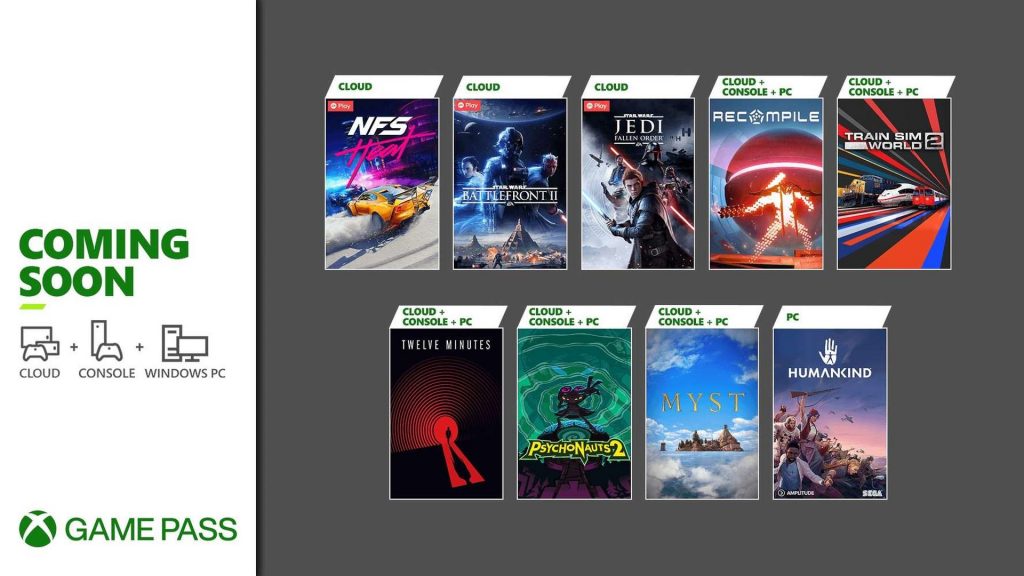 The next wave of Xbox Game Pass titles for August 2021 has been revealed, led by Amplitude Studios’ Humankind being available for PC subscribers later today. Titles like Need for Speed Heat, Star Wars Battlefront 2 and Star Wars Jedi: Fallen Order will also be playable through the cloud for EA Play and Xbox Game Pass Ultimate subscribers. Don’t worry though – there are some new releases coming up.

The first is Recompile which will be available for consoles, PC and the cloud on August 19th. The stylish Metroidvania-esque adventure has already garnered attention for its aesthetic and exploration. Train Sim World 2 and Twelve Minutes, the latter also being hyped for its premise and all-star cast, are also out on the same day.

On August 25th, the eagerly awaited Psychonauts 2 will be available at last with Raz embarking on a brand new adventure through all kinds of mind-scapes. Perhaps the most unexpected announcement is that Myst, a remake of the classic adventure game which first released for Oculus Quest in December 2020, will also be available for consoles, PC and the cloud on Xbox Game Pass. It will also release for PC via Steam, GOG and the Epic Games Store.

As for titles leaving the service on August 31st, they include the following: