Resident Evil and Monster Hunter are by far Capcom’s most valuable properties, not just because they consistently keep putting out excellent games for fans of both, but also because each new mainline instalment in both series is pretty much guaranteed to sell like hot cakes. In their recent quarterly fiscal report, Capcom provided updated cumulative sales for both franchises, and it doesn’t seem like they’re going to lost steam any time soon.

Resident Evil’s series sales are at 110 million units worldwide, while Monster Hunter is at 72 million, with both having seen a significant jump from their respective cumulative sales at the end of the previous quarter. It’s also worth mentioning that these figures are as of March 31, so both numbers have probably climbed, with Resident Evil Village and Monster Hunter Rise both contributing significantly. 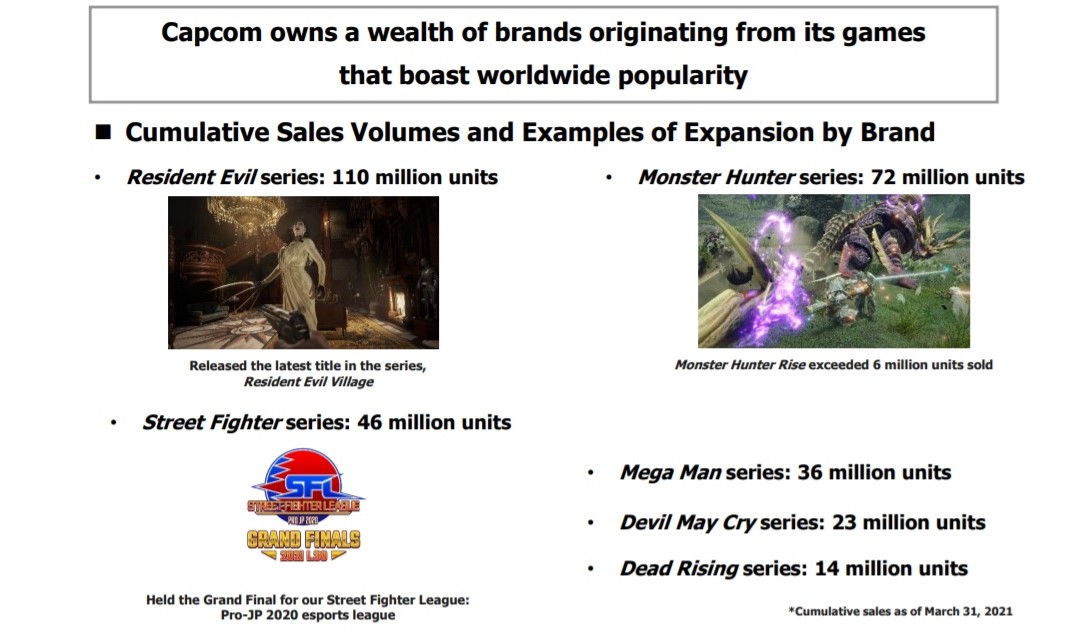