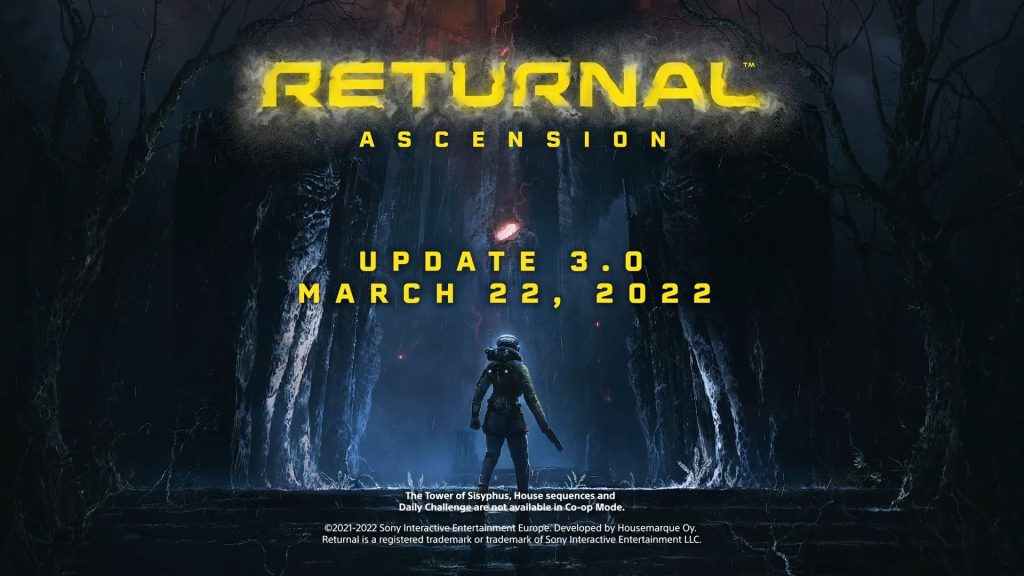 Housemarque’s Returnal is getting lots of new content on March 22nd with Update 3.0 titled “Ascension.” It adds co-op mode which allows for experiencing the entire story with another player, though you’ll need PlayStation Plus for online co-op. There’s also the Tower of Sisyphus, a gauntlet consisting of multiple floors. Check them out below.

Once players have unlocked the Icarian Grapnel, they can partake of the tower, ascending its many “phases.” Each consists of 20 floors with the objective of defeating all of the enemies on each. You’ll find weapons along the way (including some seemingly new additions) but death means starting from the beginning.

If that weren’t enough, new story cutscenes and a brand new boss have also been teased. Unfortunately, the House sequences, Tower of Sisyphus and Challenge Mode aren’t playable in co-op so keep that in mind. Stay tuned for more details on the Ascension update in the coming weeks.