The listing has since been removed by the retailer.

The PlayStation 5 has quite the number of releases lined up for next year, from Ratchet and Clank: Rift Apart and Gran Turismo 7 to Horizon Forbidden West and God of War 2: Ragnarok. Plans could change but it seems one title – Housemarque’s Returnal – potentially has a release date. At least according to a now-removed listing from Best Buy Canada.

Thankfully, the page has been archived by ResetEra’s salromano with a screenshot available courtesy of IDontBeatGames, another member of the forum. The rogue-lite third-person shooter is apparently releasing on March 19th 2021, which fits pretty well with Sony’s own “early 2021” release window. Perhaps the release date will be revealed at The Game Awards? Time will tell so take this with some grain of salt.

Returnal is in development exclusively for PlayStation 5 and focuses on Selene, a pilot stranded on a hostile alien world. Unable to die and trapped in a time loop, she must deal with mysterious visions and eventually find her way off-world. The environments are randomly generated and along with free-aim, it’s possible to dash and lock on to foes. Stay tuned for more details as they arrive. 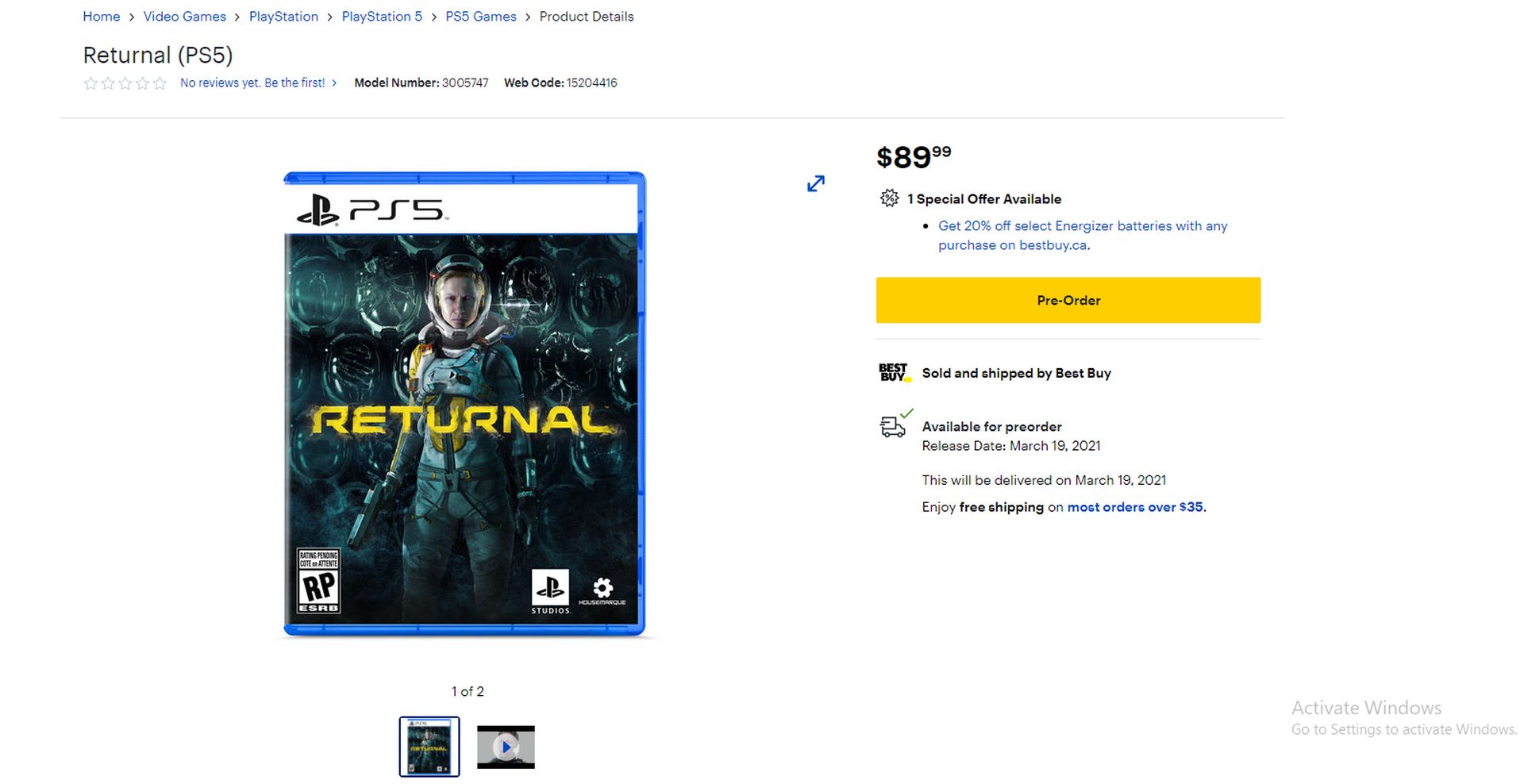