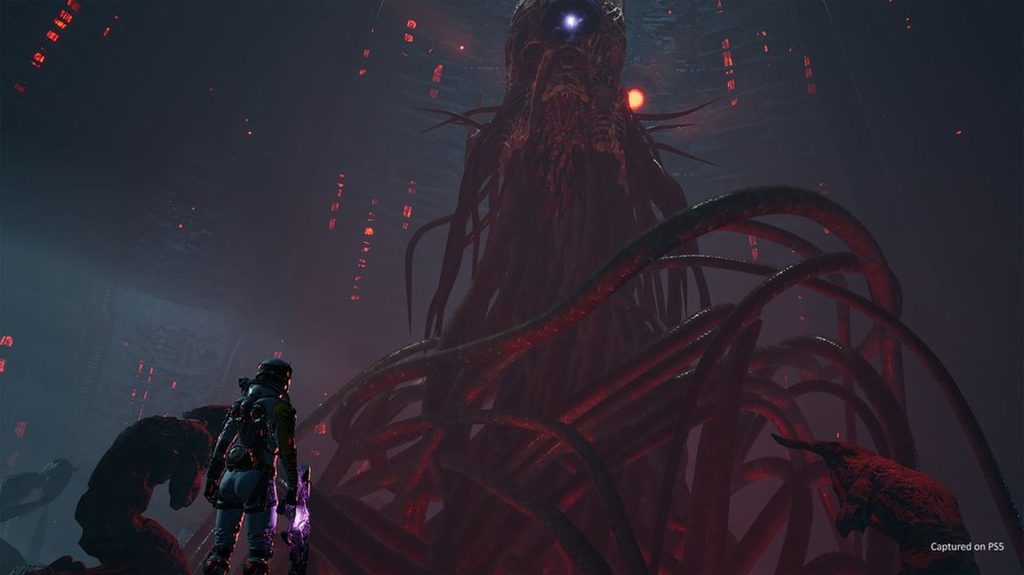 Housemarque has released a new patch for third-person shooter/rogue-like Returnal. It’s focused primarily on Tower of Sisyphus, the endless survival mode added with the “Ascension” update. The developer notes that this will “balance the difficulty” in the Tower. Leaderboards will be reset as a result but specific balance changes weren’t outlined.

Various bug fixes have been detailed though. Audio Log 94 has been added to an additional location in the tower while a rare bug that would cause the new boss Algos to either die too early or refuse to die at all has been fixed. Leaderboard scrolling speed has also been increased while issues with co-op like the client or host encountering a black screen when shifting between biomes has been fixed.

Check out the full patch notes below for more details. Returnal is currently available for PS5 – check out our official review here for more details. If you haven’t checked out the game, it will be available with PlayStation Plus Extra ($14.99 per month) and Premium ($17.99) when they launch on June 13th in the United States and June 22nd for Europe.