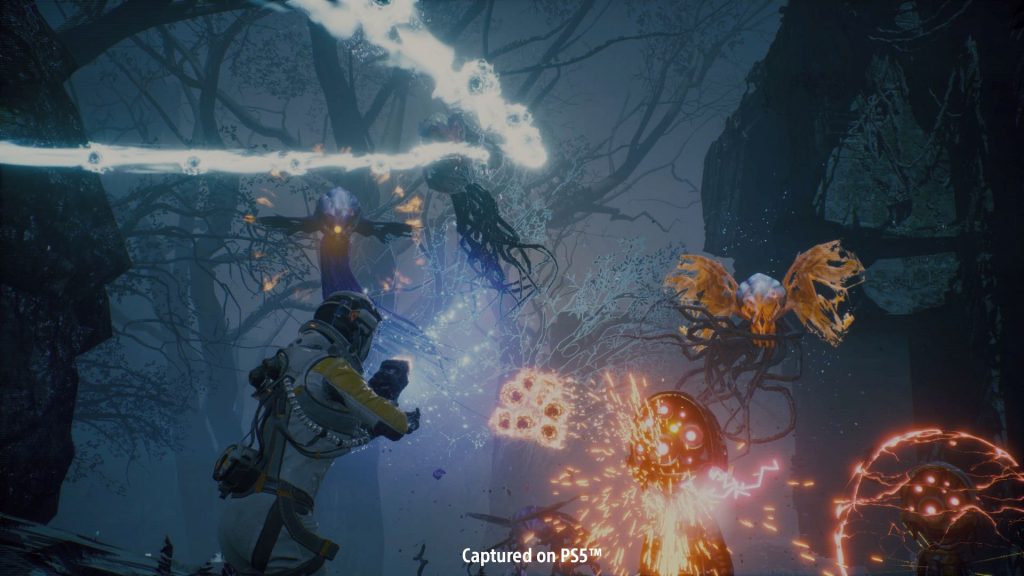 Shortly after the recent sightings of a PC version of Returnal, yet another video had popped up that further showed off some of the unannounced port’s details. In a video that has since been taken down by Sony, Returnal could be seen being played on PC.

The video also gave us a glimpse at Returnal‘s graphics options that would only be available on PC. As caught by PCGamer, graphics options in Returnal‘s PC version include resolution scaling, dynamic resolution, DLSS, AMD FSR, NIS, support for unlocked framerates, and ray traced shadows and reflections.

The game was also spotted during a GDC presentation by studio Housemarque, where one of the slides showed off a screenshot of Returnal with debug text on the side indicating that it was running on a PC. The readouts also showed features that aren’t available on PS5, such as dynamic resolution.

The most recent first-party PlayStation title confirmed to be getting a PC release is Marvel’s Spider-Man: Miles Morales. Uncharted: Legacy of Thieves Collection and The Last of Us Part 1 are also set to come to PC.