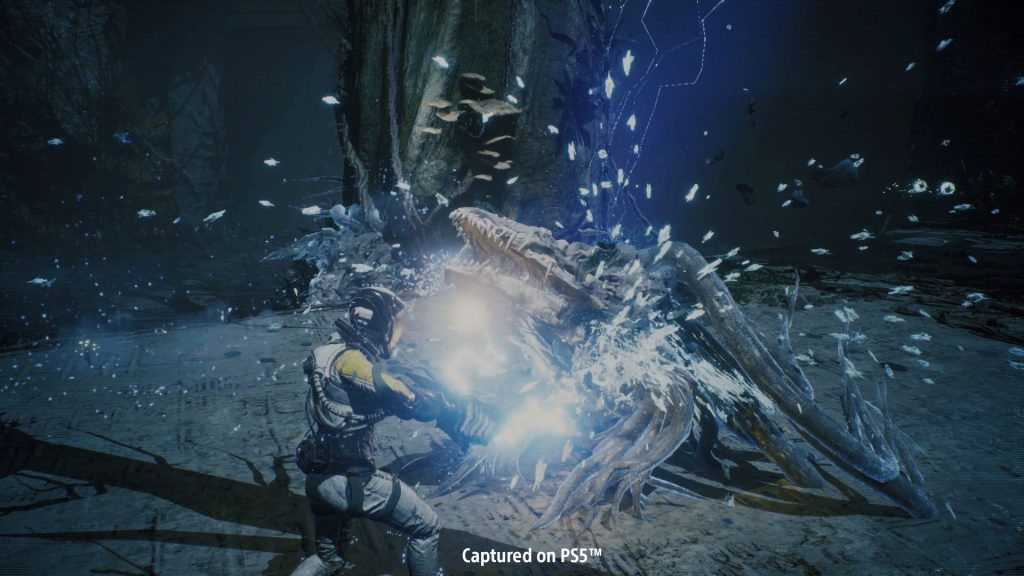 Sony has made no secret of the fact that it plans on greatly expanding its presence on PC, and an increasing number of PlayStation-exclusive first party titles have recently made their way over to the platform. Of course, there are plenty more still to come, and while a couple of them have been officially announced, there are others still that leaks have strongly pointed at. One of those is continuing to look likelier by the minute.

Housemarque’s sci-fi roguelike third person shooter Returnal was easily among the best games on the PS5 last year, and of late, reports have very strongly suggested that the game could soon be coming to PC. Now, more evidence pointing to that possibility has emerged.

As spotted by Digital Foundry’s Alexander Battaglia over on Twitter, in a GDC presentation by Housemarque and PlayStation Studios’ Risto Jankkila and Sharman Jagadeesan at the 2022 Visual Effects Summit, what seems to be a PC version of the game was spotted. On-screen, a PC dev kit version of the game shows a debug readout, and also includes a mention of features that aren’t included in the game’s PS5 version, including dynamic resolution.

Alongside Returnal, Sackboy: A Big Adventure is another PlayStation first party title that is allegedly in line for a PC port.

Later this year, Marvel’s Spider-Man: Miles Morales will also launch for PC, while Uncharted: Legacy of Thieves Collection and The Last of Us Part 1 are also headed to the platform.

Interestingly, datamining of the recently released PC port of Marvel’s Spider-Man Remastered has suggested that Sony is working on a PlayStation launcher for the platform, with PlayStation Network integration also seemingly being in the works.

Returnal's presentation from GDC on its VFX and particle work is really cool – but I enjoy the bonus it has of once again confirming the PC version. Debug, readout!
Link to presentation:https://t.co/slu0GIEu12 pic.twitter.com/xz4CUxqqU3