The PC version will also be available for Steam on December 6th after a one year exclusivity period on the Epic Games Store.

The next game from Heart Machine gets a trailer to celebrate its launch that shows off its trippy art style, among other things.

Solar Ash's Trophy list has recently gone live, and it seems that those who want to get the Platinum will have to complete multiple playthroughs. 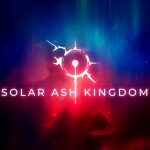